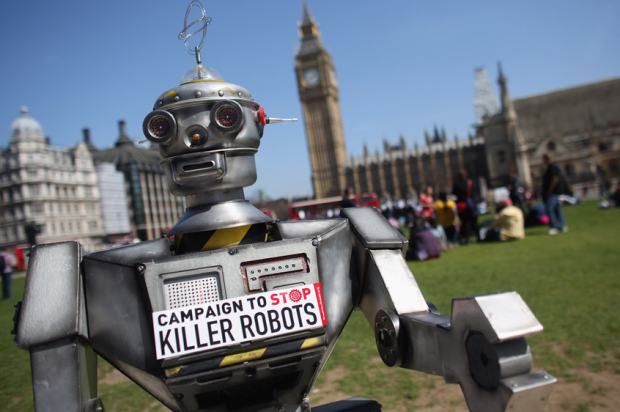 Last month, viewers of the popular sci-fi anthology show “Black Mirror” were treated to a story that was particularly terrifying because of its prescience. In the harrowing episode “Metalhead,” a woman is chased by killer robots that appear loosely based on the Boston Dynamics robot “dogs” that have been making the rounds online. The technology displayed in that episode isn’t too far removed from what engineers are developing (or have already developed). But while “Metalhead” has provoked a lot of discussion about its quality as a thriller, a more unsettling question has also emerged: Could this sort of machine actually be in humanity’s future?

“We are still years away from perfecting this level of automation. But what makes this depiction so powerful is that all of the precursor technologies that would make it possible are already well-developed and in use,” Ian Kerr, a professor at the University of Ottawa who specializes in ethics, law and technology, told Salon by email. “Although the necessary sensor devices have been in use for a long time, until recently, facial and object recognition technologies would have been the perceived obstacle — not yet sophisticated enough to enable …read more