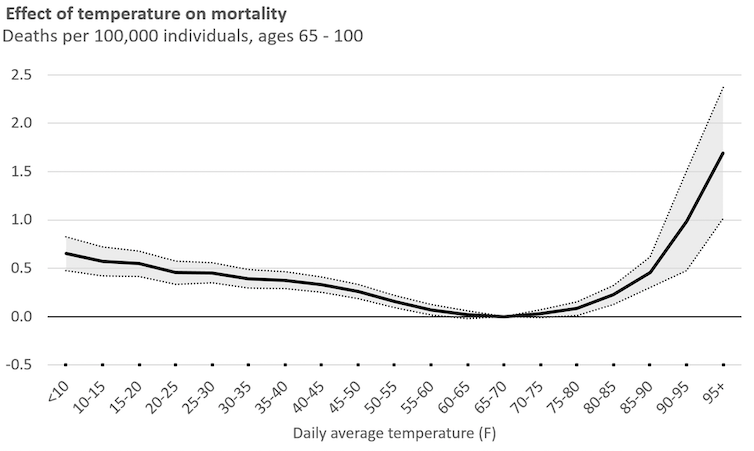 Climate change is increasing the frequency and strength of some types of extreme weather in the United States, particularly heat waves. Last summer the U.S. Southwest experienced life-threatening heat waves, which are especially dangerous for elderly people and other vulnerable populations.

More recently, record-setting cold temperatures engulfed much of the country during the first week of 2018. This arctic blast has been blamed for dozens of deaths. Some scientists believe that Arctic warming may be a factor in this type of persistent cold spell, although others question this connection.

In a recent working paper, we studied the effect of temperature extremes on elderly mortality, using comprehensive data from Medicare covering about 35 million beneficiaries. Analyzing daily patterns at the ZIP code level, we estimated how daily temperature changes affect elderly mortality as a way to predict how people may adapt to climate change.