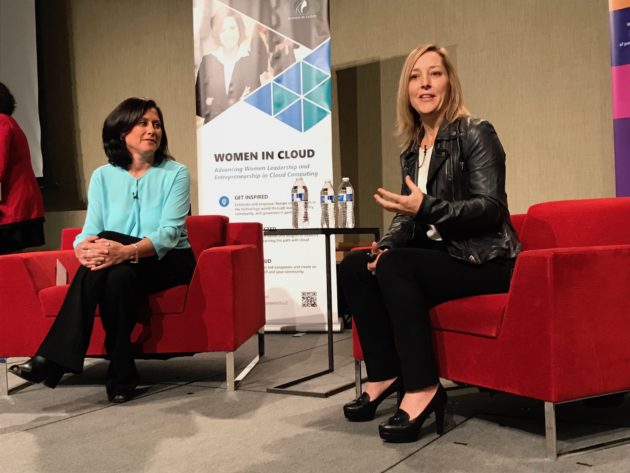 That was just one of the new initiatives unveiled at the inaugural Women in Cloud Summit, held Friday on the Microsoft campus in Redmond, Wash.

The fund’s organizers are seeking to raise $100 million, and will only back companies with at least one woman on the founding team, said one of the fund’s founding members, Gillian Muessig, the investor and technology executive who co-founded Seattle-based marketing tech company Moz. Other founding members are Microsoft veteran Alka Badshah, and Anne Kennedy, president of Outlines Venture Group.