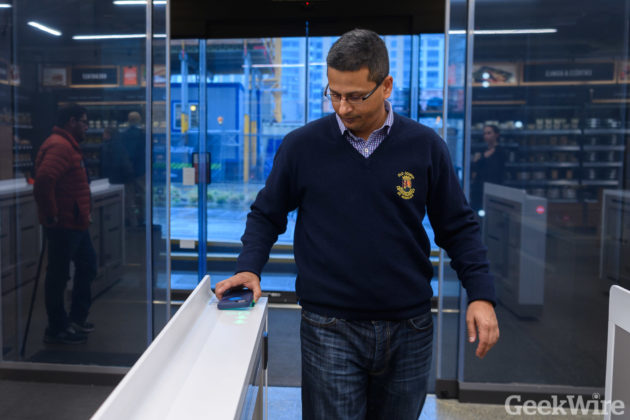 The first Amazon Go grocery and convenience store will open to the public Monday in Seattle — letting any person with an Amazon account, the Amazon Go app and a willingness to give up more of their personal privacy than usual simply grab anything they want and walk out, without going through a checkout line.

Hands-on with Amazon Go: We tested the tech giant’s experiment in checkout-free retail

Emerging from internal testing a year later than originally expected, Amazon Go is the online retail pioneer’s attempt to reinvent the physical store with the same mindset that brought one-click shopping to the internet. After shoppers check in by scanning their unique QR code, overhead cameras work with weight sensors in the shelves to precisely track which items they pick up and take with them.

When they leave, they just leave. Amazon Go’s systems automatically debit their accounts for the items they take, sending the receipt to the app.

Trying out Amazon Go this past week, my elapsed time in the store was exactly 23 …read more