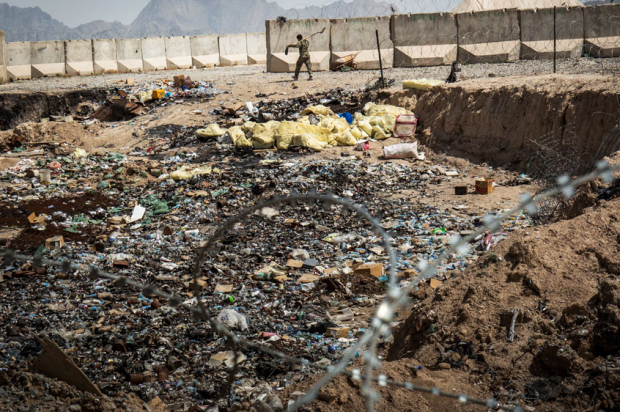 Last week former Vice President Joe Biden reignited national interest and concern surrounding the use of burn pits, a common way to get rid of waste at military sites in Iraq and Afghanistan. In a recent PBS Newshour interview, Biden concedes for the first time the link between these burn pits and the brain cancer that killed his son, Beau Biden. The former Vice President said, “You take everything from the fuel oil, the plastic furniture, to all the waste and we just burn them . . . and a lot of work is being done [to prove the link between burn pits and increased incidence of cancer].”

The following excerpt from Joseph Hickman’s “The Burn Pits” (Hot Books, 2016) chronicles Beau Biden’s military service in Iraq (among several other servicemen and women), tracking Beau’s health from deployment through his return to civilian life in 2009, and explores this connection further between these burn pits and the cancer that ultimately took his life.

Veterans of the wars in Afghanistan and Iraq have an odd way of describing the burn pits. They often speak about the smoky pits as if they were another elusive enemy …read more