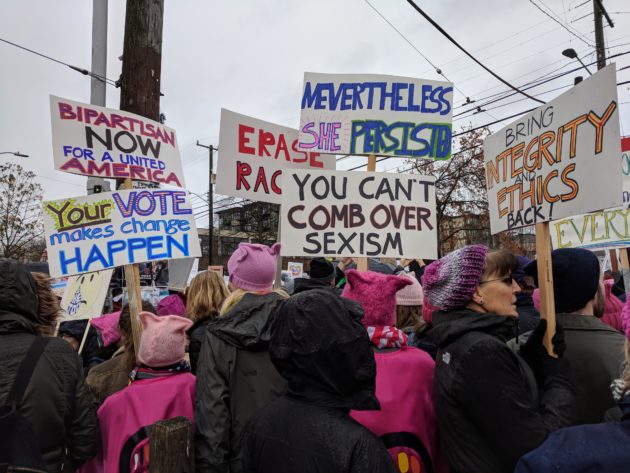 This year’s march on the anniversary of the swearing in of President Trump was pitched as encompassing the anti-sexual harassment #MeToo movement and immigration issues — both key topics for the tech industry — but most of the signs in the downtown Seattle march on Saturday took aim squarely at Trump and to a lesser extent the Republican party.

The placards shared sentiments about Trump being unfit to serve as president, many played off of his (somewhat in dispute) characterization of some African and Central American nations as “shithole countries,” while others focused on his impeachment (“It’s Mueller time” and “Mueller is coming for for you” with a giant head shot of special council Robert Mueller who is investigating his campaign’s dealings with the Russians). Another played with social media acronyms: “OMG GOP WTF?”