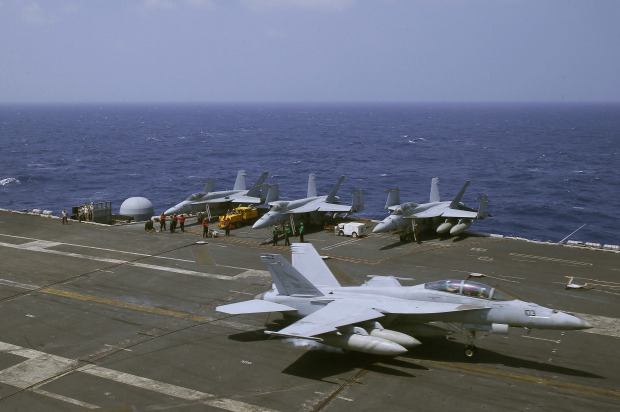 Fifty years ago, on Jan. 21, 1968, the Cold War grew significantly colder. It was on this day that an American B-52G Stratofortress bomber, carrying four nuclear bombs, crashed onto the sea ice of Wolstenholme Fjord in the northwest corner of Greenland, one of the coldest places on Earth. Greenland is part of the Kingdom of Denmark, and the Danes were not pleased.

The bomber — call sign HOBO 28 — had crashed due to human error. One of the crew members had stuffed some seat cushions in front of a heating vent, and they subsequently caught fire. The smoke quickly became so thick that the crew needed to eject. Six of the 7 crew members parachuted out safely before the plane crashed onto the frozen fjord 7 miles west of Thule Air Base — America’s most northern military base, 700 miles north of the Arctic Circle.

The island of Greenland, situated about halfway between Washington D.C. and Moscow, has strategic importance to the American military — so much so that the United States had, in 1946, made an unsuccessful bid to buy it from Denmark. Nevertheless, Denmark, a strong ally of the United …read more