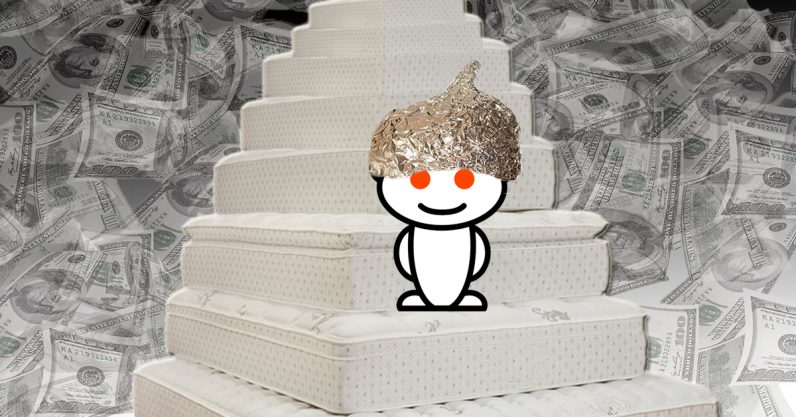 A comment about mattress stores on the Reddit thread “What conspiracy theory do you 100% buy into and why?” recently received over 41k upvotes and sparked hundreds of responses in a matter of hours. And then it was mysteriously deleted. It’s tinfoil hat time. The Redditor — whose name we’re omitting just in case they’re currently on the run — theorized that popular retailer Mattress Firm was engaged in a money laundering scheme. The reasoning? Where the poster lives there are numerous stores within a couple city blocks of one another. And then came the replies. One poster stated “Surprise!…