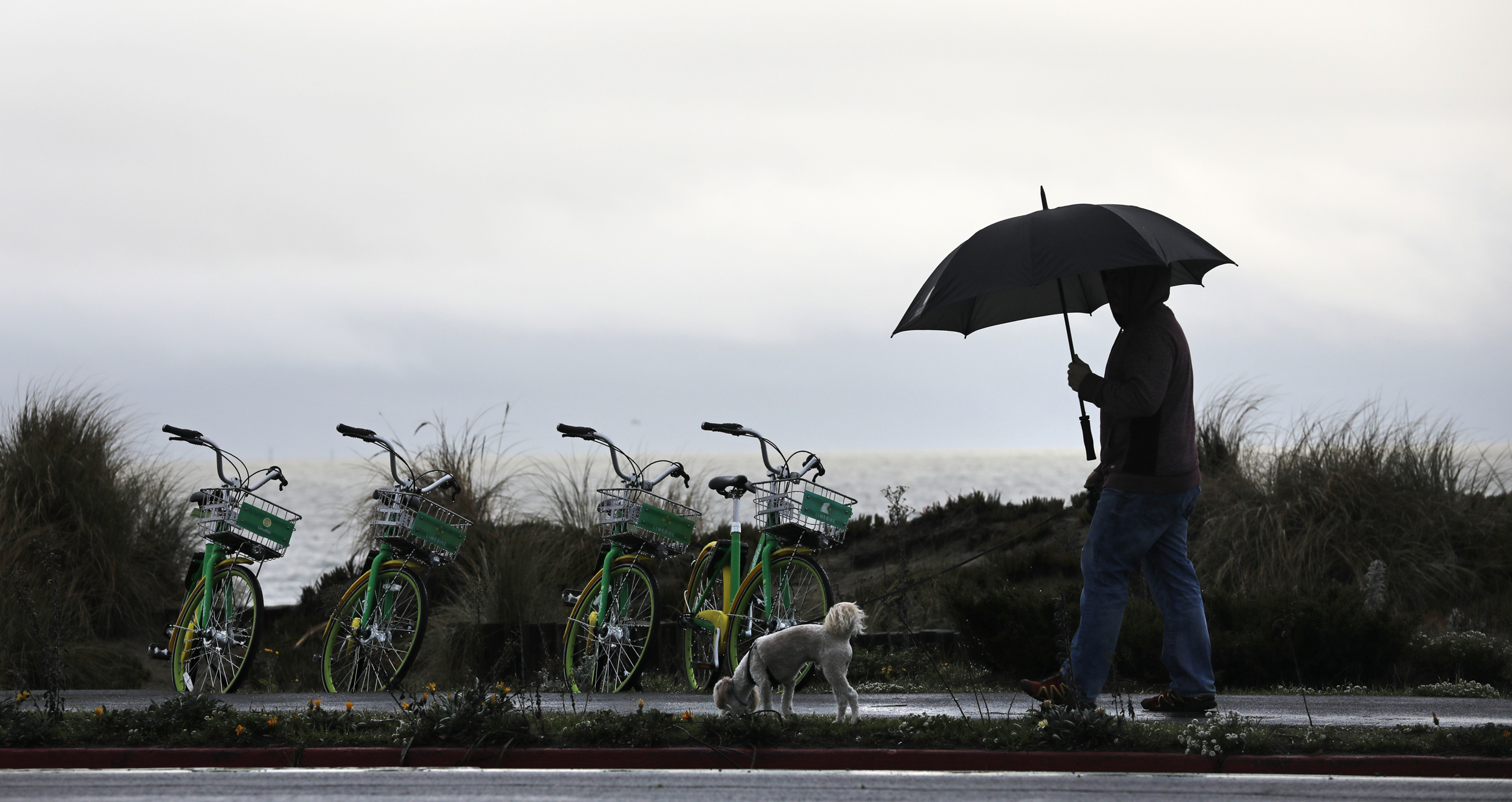 By winter standards, it’s not much, but when Monday’s drizzle turns to more rain in the Bay Area and snow in the Sierra on Wednesday, the stronger storm system will seem like a lot.

“Relative to this year, it will be a big system,” said meteorologist Jan Null of Golden Gate Weather Services. “But in the universal sense of January storms, it’s not going to be a big deal.”

Monday’s rain was barely measurable in some parts of the region like San Jose, but by midweek the Bay Area can expect a half inch to three-quarters of an inch of rain, according to the National Weather Service. Heavy snow is expected in the Sierra, a welcome relief for ski resorts that suffered through a dry December along with the rest of the state.

The Bay Area hasn’t seen much rain since earlier this month, when the same system slammed into the Santa Barbara fire zone causing massive mudslides that claimed at least 21 lives.

Rainfall totals across the Bay Area this season, however, are still barely half of normal, Null said.

“That’s a lot of deficits to make up,” Null said. “We’ve had dry Januarys and very wet Februarys and Marches. You can’t put a …read more