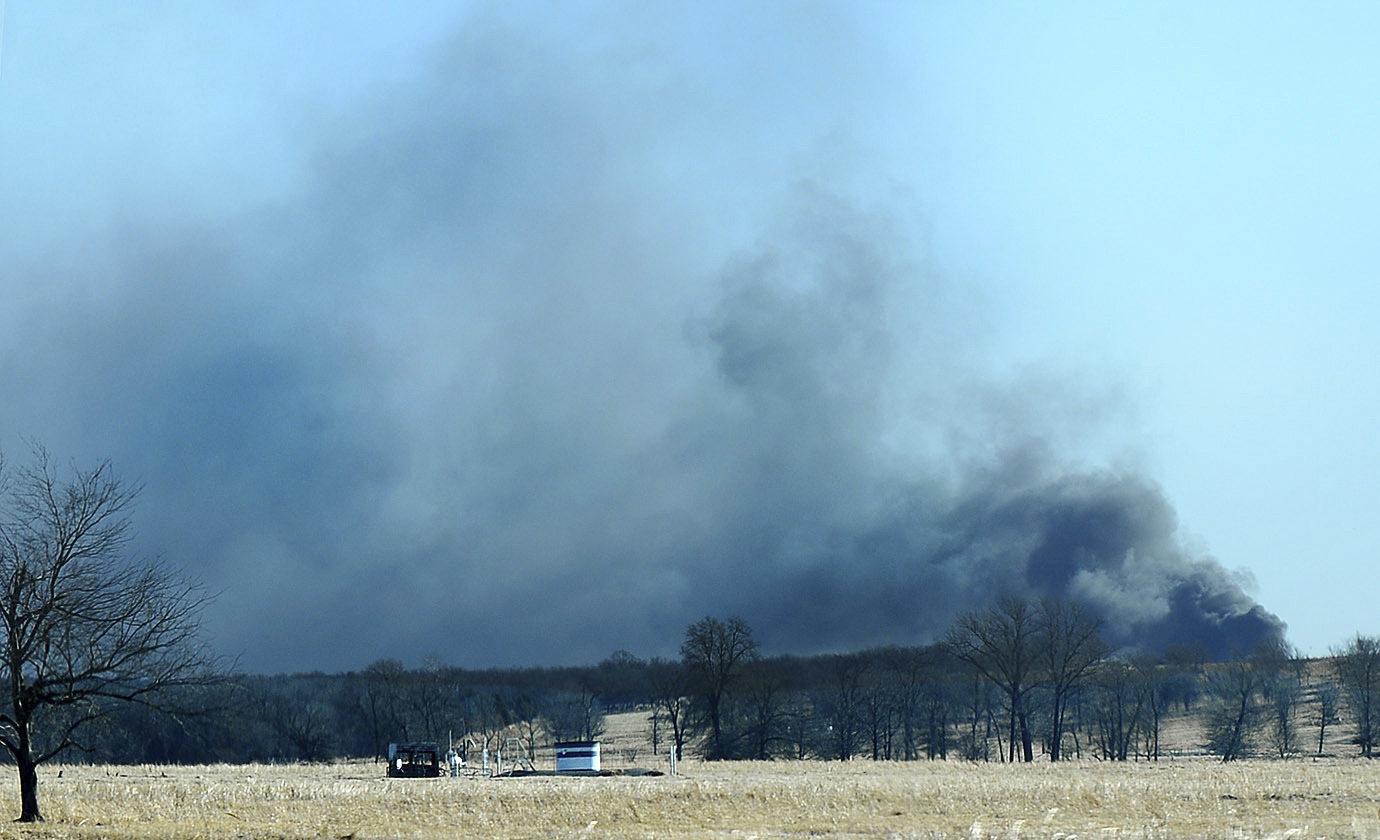 Five people are missing after an explosion at an Oklahoma drilling rig Monday morning, according to news reports.

The explosion happened just before 9 a.m. Central time in northeast Pittsburg County, according to the Pittsburg County Sheriff’s Office. County officials were not immediately available to comment, but Kevin Enloe, the county’s emergency management director, told KOTV that five people remain unaccounted for.

Officials did not say whether anyone was killed or how many, if any, were injured, but Enloe told KOTV that at least three medical helicopters had landed at the site.

Pittsburg County Sheriff Chris Morris told the McAlester News-Capital that more than 20 employees were present when it the explosion happened. The sheriff’s office also said a nitrous truck will be used to help suppress the fire.

Images and videos taken by local media show several fires burning as thick black smoke blanketed the facility. The explosion, which happened near the town of Quinton about 140 miles southeast of Oklahoma City, sent black smoke to nearby farmlands.