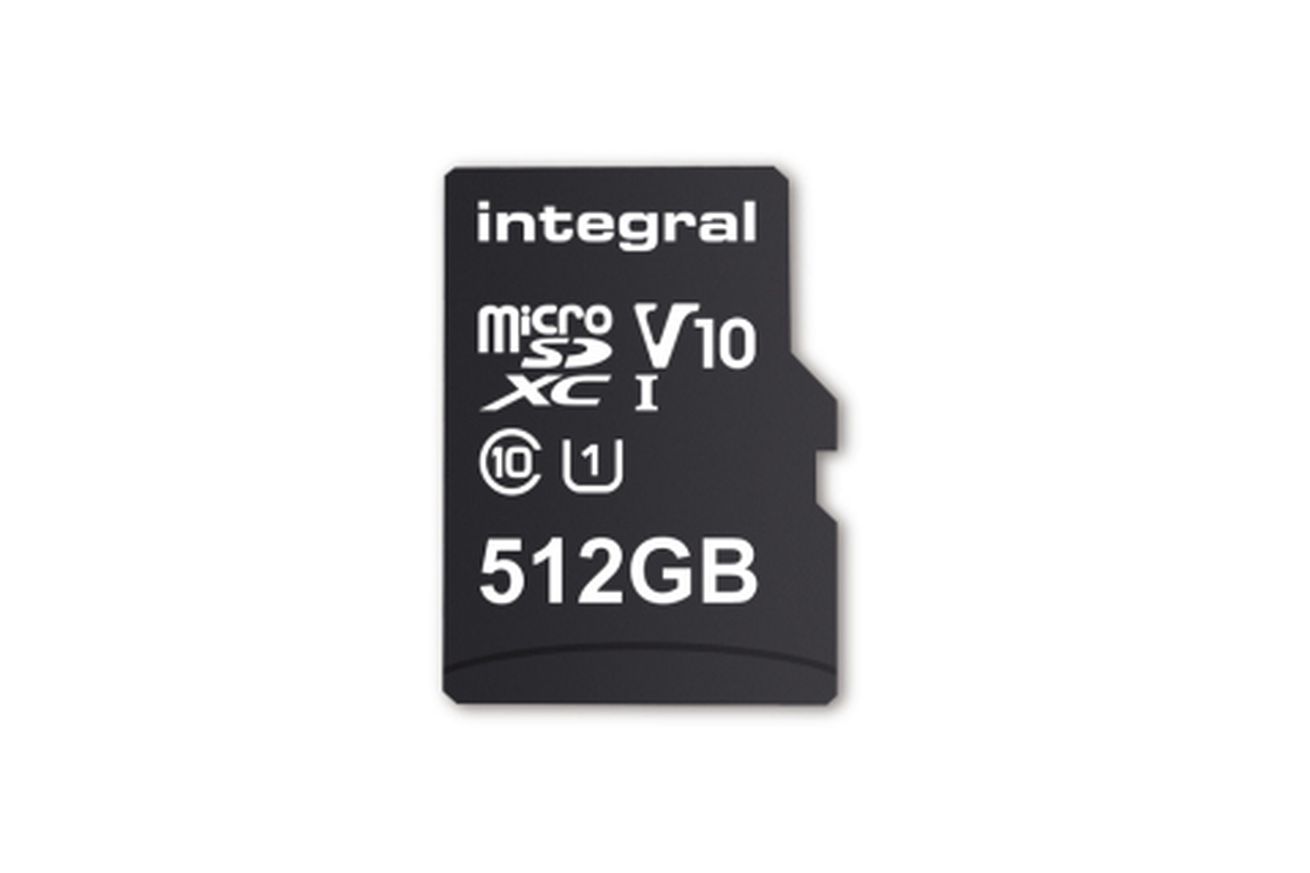 There’s a new king of the microSD card: Integral Memory’s 512GB microSD card, which packs a record breaking full half-terabyte of storage into the diminutive card format. You definitely should try not to lose it.

Try not to lose it

The previous record holder — SanDisk’s now paltry 400GB card — is still a bit faster at 100MB/s, whereas Integral Memory’s new 512GB behemoth tops out at a maximum speed of 80MB/s. The new 512GB microSD card is also classified as an SDXC UHS-I U1 card (i.e., it has a minimum write speed of 10MB/s) and meets the V10 standard for video transfer rates, so it’s designed to capture full HD video off cameras.

No price was given, but it’s almost guaranteed to be expensive when in launches sometime in February.