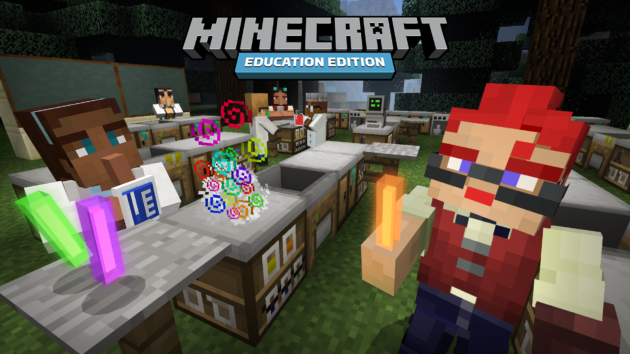 Microsoft is upping its STEM game by introducing new chemistry and computer science options for Minecraft: Education Edition. Plus, the tech giant is adding more “mixed reality” products and offers for educators, including an academic HoloLens discount, to its edtech mix.

All of this news (and more) is being rolled out by Microsoft in advance of the largest education technology trade show in the world, Bett, which begins Wednesday in London.

Minecraft may be the biggest news for its legions of K-12 teacher and student fans. Starting in early February, a free Chemistry Update will be available to licensed users. The update uses game-based learning to introduce chemistry concepts.

Jay Paulus, senior director of Windows education marketing, said, “The chemistry add-in actually adds some new kinds of components to Minecraft” including a full periodic table and a “compounding table” which is similar to Minecraft’s crafting table. Students can move from building compounds to hands-on understanding of more difficult concepts, like stable isotopes.

Minecraft: Education Edition is also getting new Microsoft MakeCode for Minecraft computer science curricula which, similar to learn-to-code packages ScratchX and Tynker, can be used in Minecraft’s Code Builder.