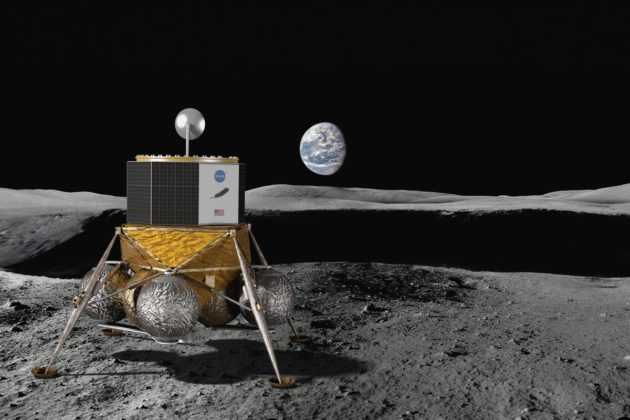 Who’s going to the moon? The prospects are looking dimmer for any commercial lunar landings in the short term — but Amazon billionaire Jeff Bezos’ Blue Origin space venture today used a milestone in space history to spotlight its longer-term lunar aspirations.

The bad news is that none of the remaining five contenders for the Google Lunar X Prize is likely to get to the moon in time to win a $20 million award in March.

Google has repeatedly extended the deadline for accomplishing a lunar landing, but CNBC quoted the company as saying there’d be no more extensions beyond March 31.

The competition was established in 2007 as a follow-up to the $10 million Ansari X Prize for private-sector spaceflight, with the aim of encouraging commercial lunar exploration. More than 30 teams registered for the competition, but the field has been winnowed down to five finalists.

Three of those teams — Israel’s Team SpaceIL, India’s TeamIndus and Japan’s Team Hakuto — acknowledge they won’t be able to launch by March due to issues relating to funding and launch logistics.