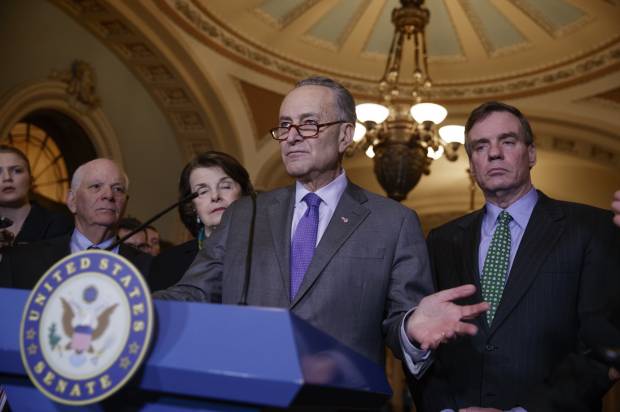 Donald Trump may claim that he has no connections to Russia, but Russian bots have been doing a lot of the president’s dirty work when it comes to blaming Democrats for the government shutdown and deflecting from the ongoing Trump-Russia scandal.

The hashtag “#schumershutdown,” which Trump has been promoting on Twitter, has been used more than 600 times within the last 48 hours, according to Alliance for Security Democracy. This is in keeping with the narrative that was promoted by Trump and his fellow Republicans blaming Democrats for the shutdown — and despite the fact that polls and experts agreed that it was Republican intransigence which was responsible for the parties’ inability to reach an agreement.

The next most popular hashtag was “releasethememo,” which refers to an ongoing conspiracy theory that a memo written by the House Intelligence Committee would reveal abuses of the Foreign Intelligence Surveillance Act by the special counsel investigating alleged collusion between the Trump campaign and the Russian government. Last week calls for #releasethememo suddenly shot up by 265,100 percent in a 48 hour period.

Even before the government shutdown and call for “releasing the memo,” Russian bots were suspiciously …read more