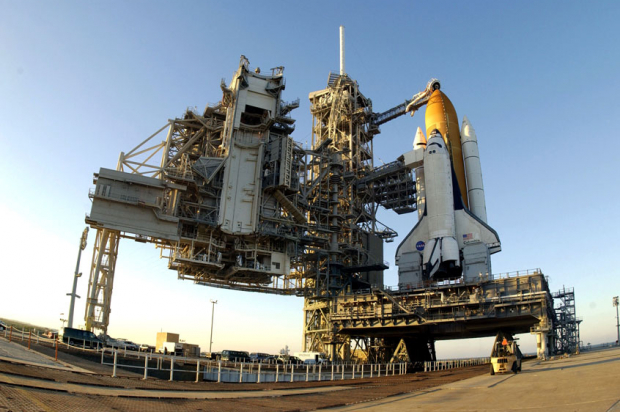 Twin sonic booms in rapid succession—one from the space shuttle’s nose and one from its vertical tail—were always the fanfare announcing the arrival of the majestic winged spacecraft. Three minutes and fifteen seconds before landing, as the shuttle glided toward Kennedy Space Center (KSC), the loud and unmistakable double concussion would be heard up and down Florida’s Space Coast. These booms would be our cue to start scanning the skies for our returning spacecraft, descending toward us at high speed in the distance.

Columbia and her crew of seven astronauts were coming home from sixteen days in orbit. After six million miles circling the Earth, they had reentered the atmosphere over the Pacific Ocean, crossed the California coast, and then flown over the Desert Southwest and Texas en route to Florida. These last few miles would be her victory lap in front of her astronaut crew members’ families and the KSC personnel who tended her on the ground.

As KSC’s launch director, I was one of the officials who would welcome Columbia home when she landed at 9:16 this cool morning. At 9:12, we listened and waited for …read more