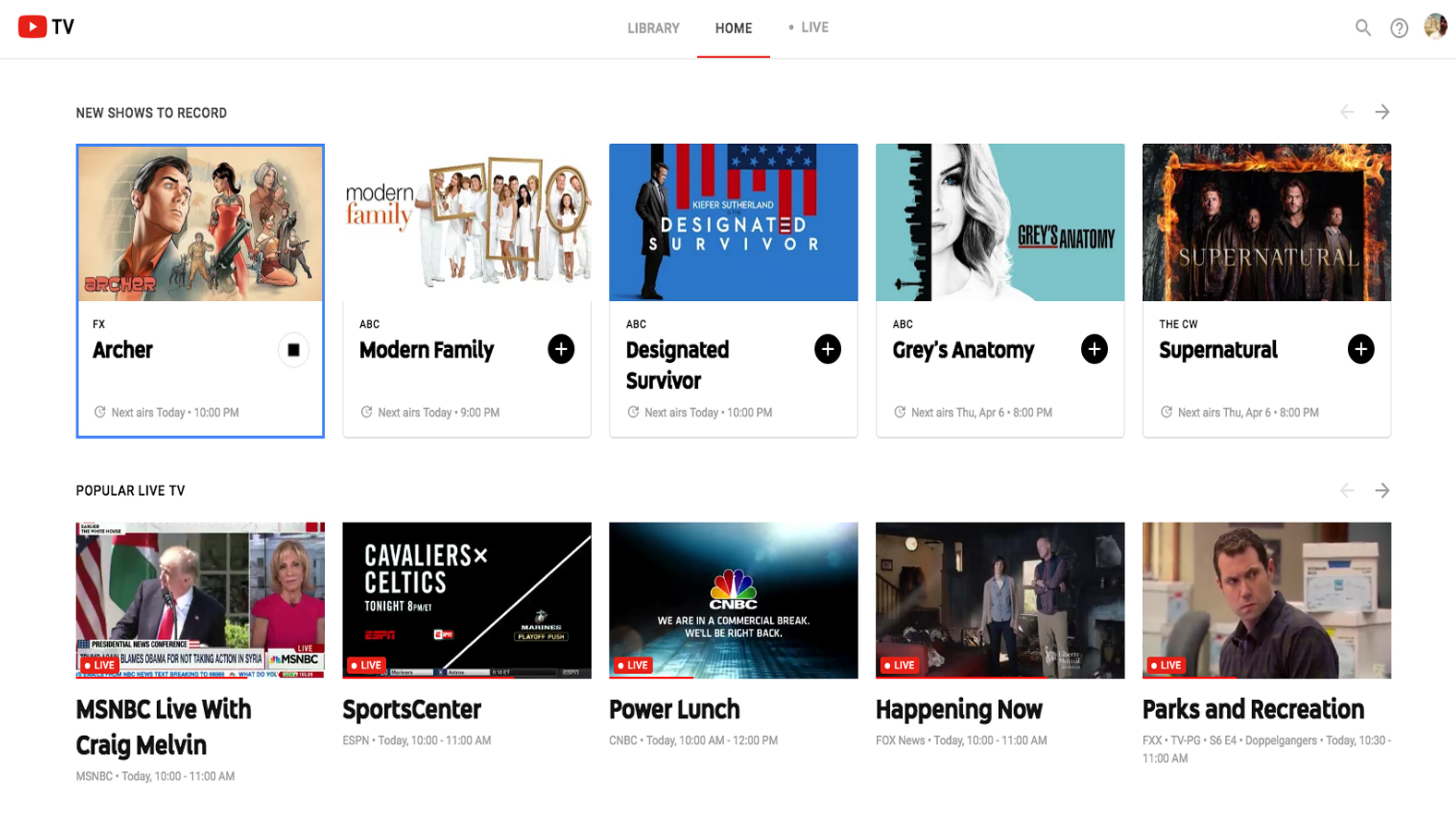 Update: YouTube TV is expanding. Again. This time the service is coming to a whopping 34 new metropolitan areas, including New Orleans, Green Bay, San Diego and San Antonio. That brings the total number of markets to a record-high 83.

YouTube has also announced that, in less than a year’s time, YouTube TV has already reached the 300,000 subscriber mark. This puts it just behind Hulu with Live TV, which has an estimated 450,000 users, but in growing contention with AT&T’s DirecTV Now and Dish’s Sling TV, which have around 1 and 2 million subscribers, respectively.

YouTube TV is hoping to re-shape the cord-cutting movement – and it has good reason to believe that can happen. After all, YouTube was the biggest name in video streaming long before Hulu, Netflix and Amazon ever thought to get into the video-on-demand game.

The service is essentially a cable replacement, offering live TV to your phone, tablet and television without a costly cable subscription and contract.

It’s a deal that feels too good to be true for those of us bombarded by cable box rental fees, hidden charges and ever-higher cable bills. And while it has some negatives out there – …read more