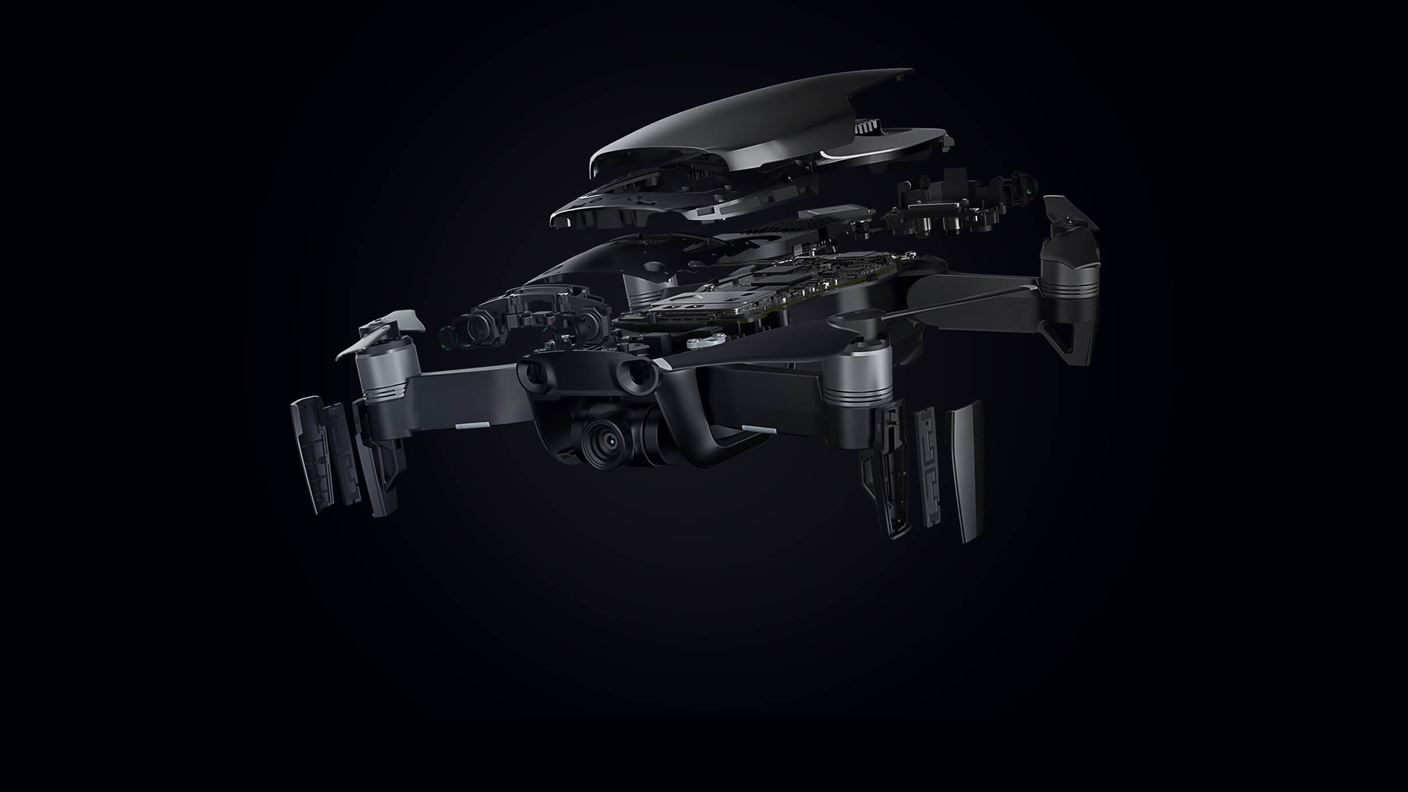 DJI has officially announced its latest drone, the Mavic Air. This travel-friendly, 4K-ready drone is positioned to take the spotlight from other drones in the consumer space with impressive performance and a portable form factor.

But, there’s still the Mavic Air’s bigger and pricier older brother, the Mavic Pro, to consider. Here, we’ll look at how the two DJI drones stack up against one another to determine if there’s a solid reason to choose one over the other, so you can rest assured you’ve made the right choice if you buy one.

We’ll start by taking a look at the specs of each device as they relate to cameras, sensors and storage.

The new Mavic Air packs a 1/2.3” CMOS image sensor that can capture 12MP stills with HDR or create 32MP spherical panorama shots. The camera is capable of shooting 4K video at 30fps, 2.7K video at 60fps and Full HD video at 120fps. It’s recording can operate at a fast 100Mbps bitrate, packing a lot more information into the video. The camera system has an 85-degree field of view and is supported by a 3-axis gimbal for stable shooting.