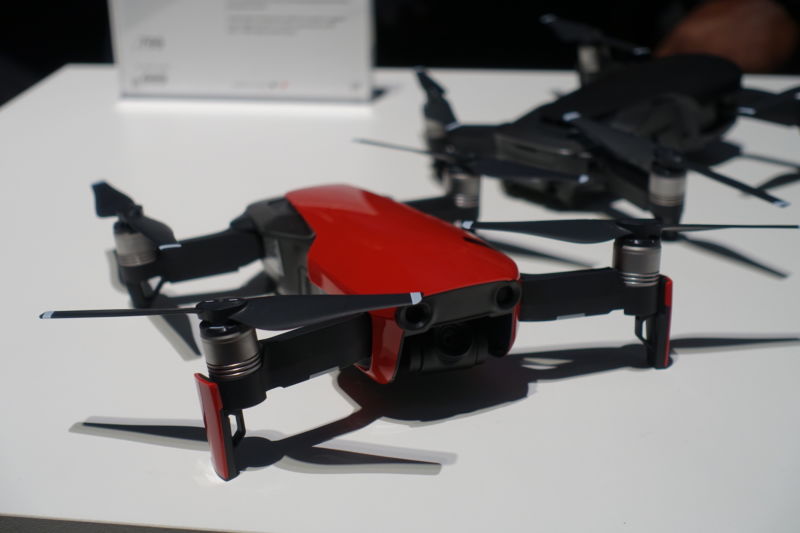 NEW YORK—DJI on Tuesday announced the latest entry in its popular line of consumer drones: the Mavic Air.

The Chinese firm, which is estimated to hold around 70 percent of the consumer drone market, showcased the new device at an event in New York City. It’ll start at $799, which is $400 more than the Spark’s current going rate and $200 below the cost of a new Mavic Pro. The entry-level package does include a dedicated flight controller, though; a $999 package that includes extra batteries, a charging hub, and other accessories will also be available. The Mavic Air is available for pre-order today, and DJI says the device will start shipping on January 28.