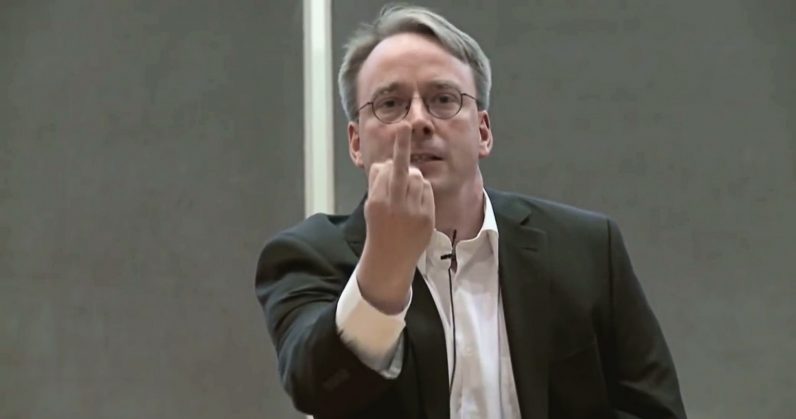 Intel’s had a (mostly) crappy start to the year, thanks to the revelation of Meltdown and Spectre, two major security flaws affecting a wide range of its processors that are present in hundreds of thousands of devices around the world. It’s working to release fixes for them, but Linux creator Linus Torvalds is not impressed by the company’s efforts. In a public email conversation between him and UK-based Amazon engineer David Woodhouse, Torvalds (pictured above giving the bird to Nvidia) calls the patches, “COMPLETE AND UTTER GARBAGE.” According to him, the Meltdown patch requires the user to opt in and…