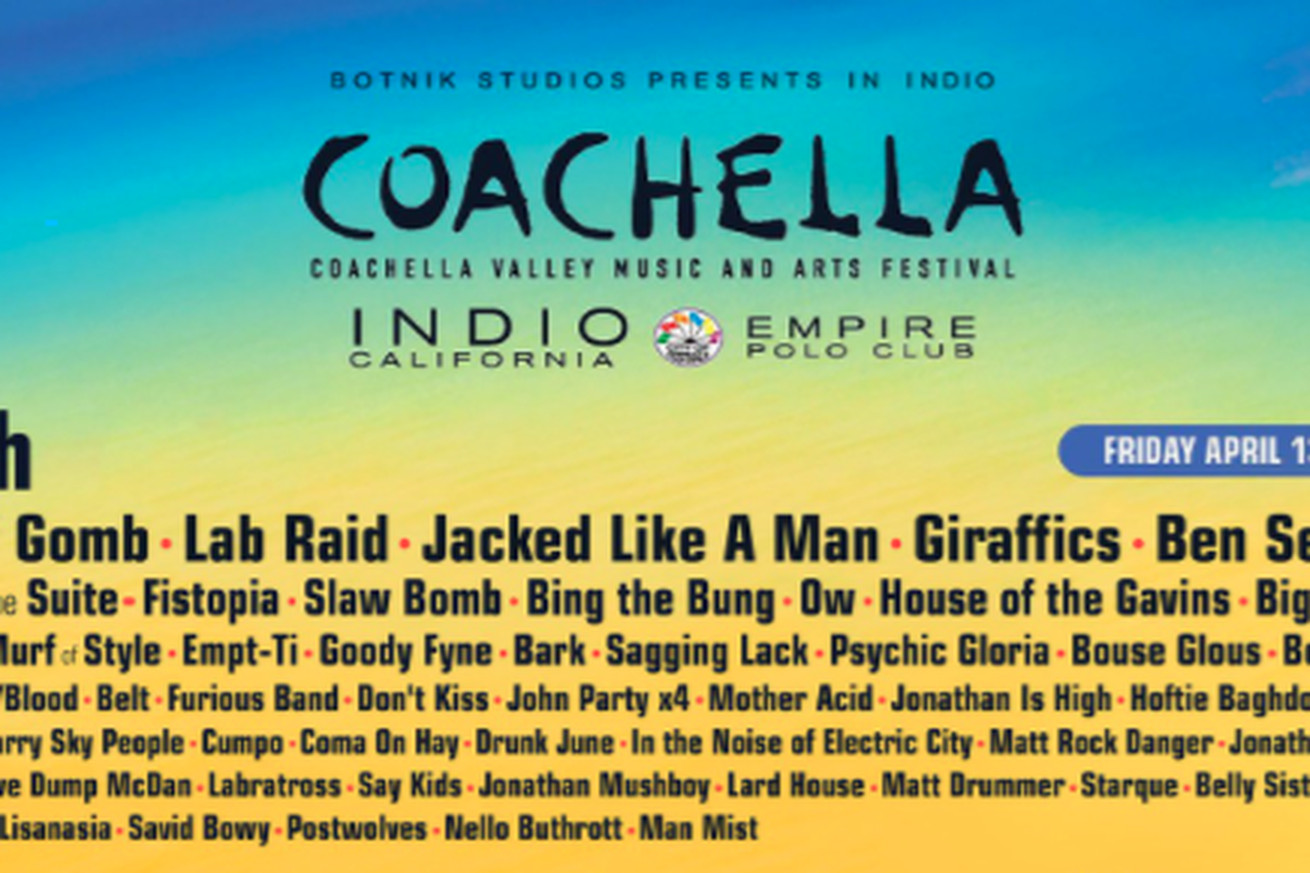 At this point, it’s practically tradition to see photoshopped Coachella line-up posters pop up right after the official line-up has been released, but there’s always a couple of gems that stand out from the rest. AI community Botnik Studios, makers behind viral hits like the AI-generated Harry Potter fanfic, just released their take on the Coachella band line-up poster. The list was generated by training a neural network on thousands of band names, and includes must-see acts like “Horse Choir” and “Man Mist”.