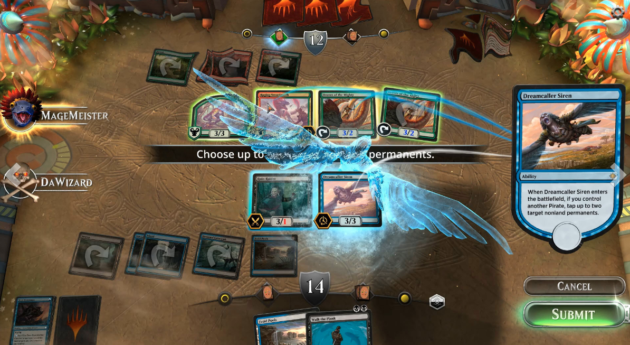 “Magic: The Gathering Arena” is currently in closed beta. (Wizards of the Coast Image)

Wizards of the Coast in Renton, Wash., has been a cornerstone of the American games market since the debut of “Magic: The Gathering” in 1993. “Magic” introduced the concepts of deck construction, randomized cards, and collectability to card games, creating a constantly evolving and addictive experience.

In January of 2017, Wizards created a new department, its Digital Games Studio, to improve upon “Magic’s” presence in the online-games market. According to Wizards’ president Chris Cocks, the goal was to make “your Wizards experiences more efficient, connected, and convenient,” both for “Magic” and Wizards’ other major property, “Dungeons & Dragons.”

In September of 2017, the Digital Games Studio revealed its next product, “Magic: The Gathering Arena,” which is currently in closed beta. There have been “Magic”-based video games before, such as “Magic Online,” but “Arena” is intended to focus on a more immediate, up-to-the-minute “Magic” experience. Whereas “Online” featured its own unique sets and cards, “Arena” will include the newest expansions from the physical “Magic” card game, including the brand-new Rivals of Ixalan.