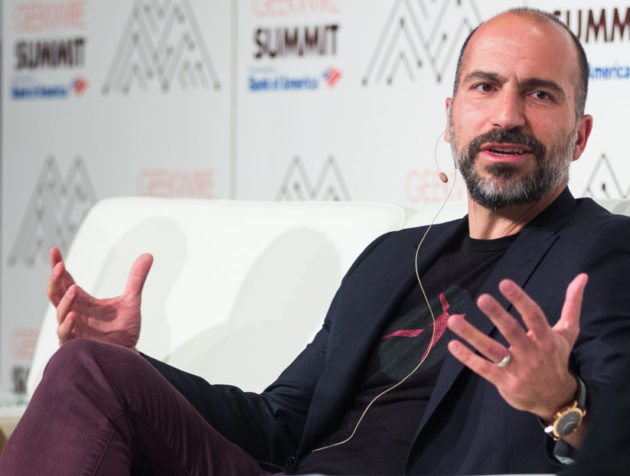 The last generation of kids who will need to learn to drive has already been born, as far as Uber CEO Dara Khosrowshahi is concerned.

He’s incredibly bullish on self-driving cars and expects Uber to begin putting them into service within 18 months. Khosrowshahi shared his ambitions in an interview with Bloomberg Editor-in-Chief John Micklethwait at The Year Ahead 2018 conference.

“We will have autonomous cars on the road, I believe, within the next 18 months,” Khosrowshahi said. “Not as a test case but as a real case out there.” Though he noted, “true autonomy for every single use case is some ways away.”

Uber has already started sending some self-driving cars to users who request them through the app in Tempe, Ariz. But those vehicles come with two Uber engineers in the front seats in case of emergency.

Related: GeekWire is heading to Pittsburgh to cover its post-industrial renaissance and innovation economy

In markets where Uber is testing self driving cars, Khosrowshahi anticipates around five percent of …read more