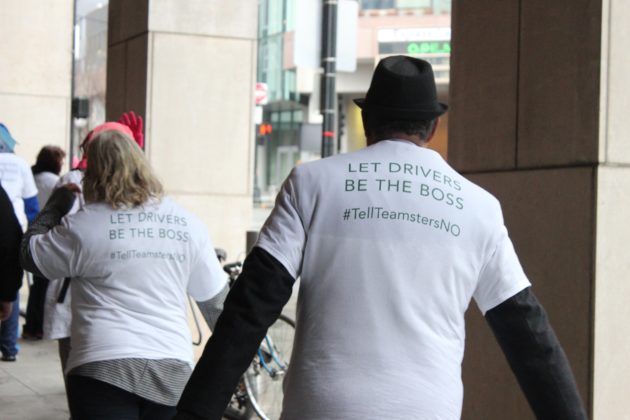 Uber has long maintained that its drivers are independent contractors, not employees, and therefore not eligible for the benefits employees receive. Like many sharing economy companies, Uber says it simply provides technology that enables people to work for themselves.

That flexibility makes it possible for people with irregular schedules, health conditions, or in-between jobs to earn some cash, but it also leaves a growing number of workers unprotected by benefits. The social safety net operates on an outdated expectation that a worker is an employee of a company. That may have been the norm 30 years ago, but the new economy has a growing workforce of contractors left without benefits given to direct employees.

Now, Uber says the solution is to redesign the safety net.

Uber CEO Dara Khosrowshahi has co-authored an open letter with Seattle investor and workers rights advocate Nick Hanauer and David Rolf, president of the SEIU 775 labor union. They’re calling for Washington state to create a “portable benefits” system that would provide contract workers with benefits that could move with them from job to job.

“The American social safety system, which was …read more