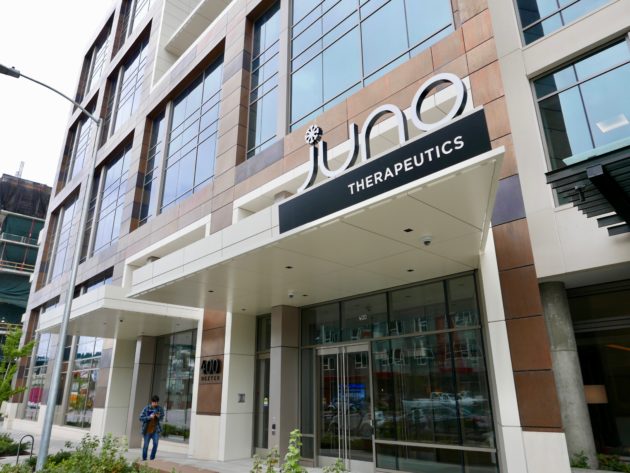 When Celgene announced Monday that it will acquire Seattle-based biotech Juno Therapeutics for $9 billion, the development was a surprise to many — including some inside Juno itself, according to an email CEO Hans Bishop sent employees.

But the New Jersey biotech giant had several good reasons to want to buy Juno, which it outlines in a presentation filed Monday with the SEC.

One of the main motivators for the sale was JCAR017, Juno’s self-described flagship treatment that is being studied in non-Hodgkin lymphoma. It’s one of several CAR T immunotherapies Juno is developing, treatments that genetically reprogram patients’ immune cells to fight cancer.

When Juno was forced to pull its most advanced treatment in March following patient deaths during clinical trials, it made a massive investment in speeding up the progress of JCAR017 — and it seems to be paying off, with the treatment finding clinical success.

In the presentation to investors, Celgene CEO Mark Alles said JCAR017 could be a “best-in-class profile” that would …read more