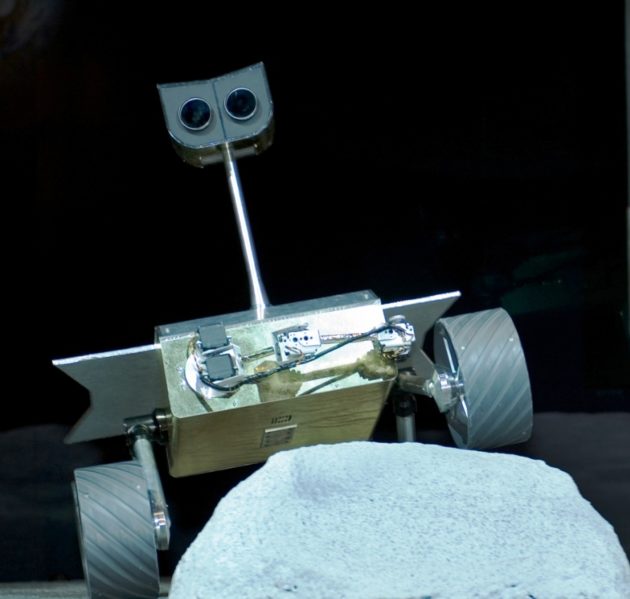 A prototype moon rover makes an appearance at the 2007 kickoff of the Google Lunar XPRIZE competition. (XPRIZE Photo)

The organizers for the $30 million Google Lunar X Prize competition acknowledged today that the award for a commercially funded lunar landing will go unwon, despite a decade’s worth of work.

Word of the program’s end came in a statement from Peter Diamandis, the founder and executive chairman of the XPRIZE foundation, and XPRIZE CEO Marcus Shingles:

“After close consultation with our five finalist Google Lunar XPRIZE teams over the past several months, we have concluded that no team will make a launch attempt to reach the Moon by the March 31st, 2018 deadline. This literal ‘moonshot’ is hard, and while we did expect a winner by now, due to the difficulties of fundraising, technical and regulatory challenges, the grand prize of the $30M Google Lunar XPRIZE will go unclaimed.

“We are extraordinarily grateful to Google for enabling this 10-year journey with us and for having the foresight and courage to support and catalyze the commercial space industry, which was the ultimate goal of this competition.

“As a result of this competition, we have sparked the conversation and changed expectations with regard to who can …read more