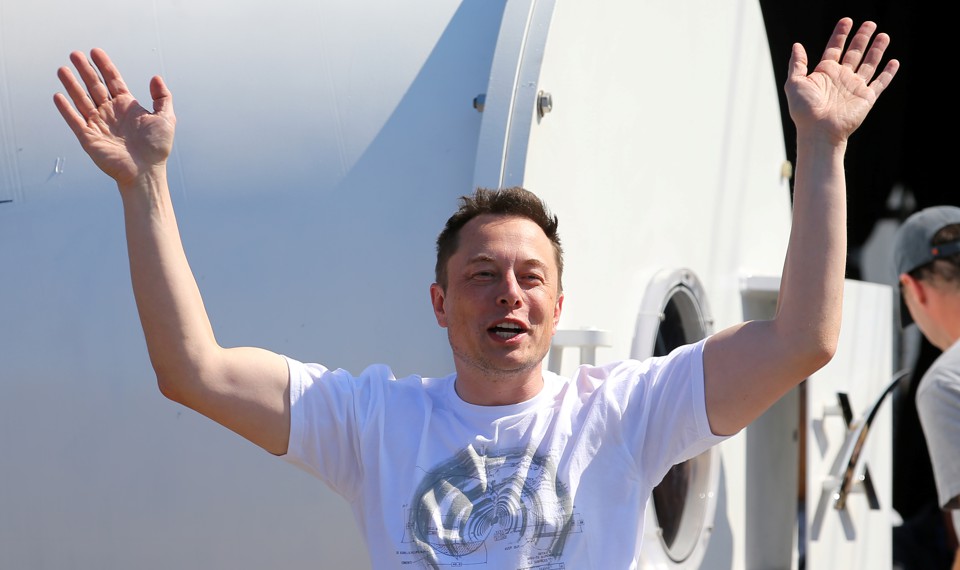 A roar pierced the air at Cape Canaveral in Florida for a few seconds Wednesday.

The sound was the cry of the engines on the Falcon Heavy, a massive launch vehicle developed by Elon Musk’s SpaceX. The Heavy had been hauled to the launchpad at Kennedy Space Center for a brief but crucial test that will determine whether the rocket is ready for its maiden flight, which Musk has said will take place later this month.

The milestone, known as a static-fire test, involved securely anchoring the Falcon Heavy to the launchpad, loading it with propellant, and then igniting its 27 engines at full thrust. For several seconds, plumes of thick smoke billowed out from the base of the launchpad and created a big white cloud. Musk tweeted shortly after the static fire that the test was “good.”

Falcon Heavy hold-down firing this morning was good. Generated quite a thunderhead of steam. Launching in a week or so. pic.twitter.com/npaqatbNir

SpaceX did not broadcast the test online, but the action was livestreamed on social media by journalists staked out on a beach nearby. The action starts at about the 16:22 …read more