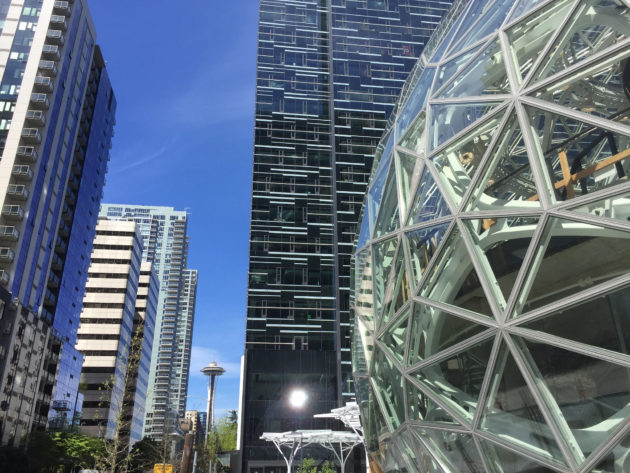 Amazon is inviting Seattle government leaders to a private meeting to discuss the challenges and opportunities ahead,” according to a copy of the invitation obtained by GeekWire. The “roundtable discussion” will be held at Amazon’s Seattle headquarters on Feb. 9.

The meeting is in response to a letter Seattle politicians sent to Amazon in October, seeking to “hit the refresh button” on their relationship. Seattle officials sent the original letter a few weeks after Amazon announced plans to establish a second headquarters in another North American city.

“You have heard mixed messages from our community, whether it stems from comments in our local newspapers or comments from elected officials who have differing views and positions that are less than collaborative,” the city’s original letter says. “This does not leave a good taste in anyone’s mouth.”

The letter was signed by five Seattle City Council members and representatives from Washington’s legislature, King County Council, Port of Seattle, and others.

Amazon’s rapid growth and historically secretive culture have been criticized by some city officials and Seattleites who feel priced out by the tech boom. Amazon’s HQ2 search heightened some of …read more