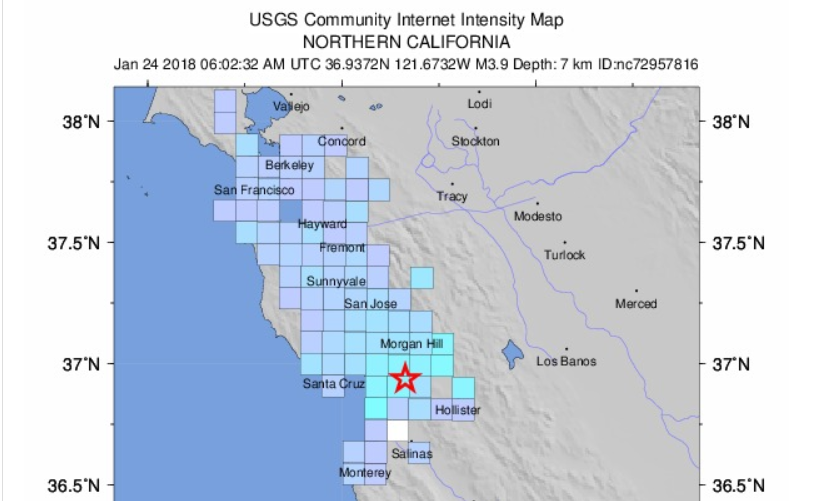 WATSONVILLE — A pair of small earthquakes rattled the Monterey coast Tuesday night and were strong enough to be felt in the South Bay.

The first temblor, which measured 3.9 on the Richter scale, hit just after 10 p.m. about 3.7 miles east-southeast of Interlaken, Calif., according to the U.S. Geological Survey. A 2.7 magnitude quake followed in the same general area roughly a minute later.

There were no immediate reports of any damage or injuries.

The earthquakes occurred along the San Andreas Fault zone, according to the USGS.