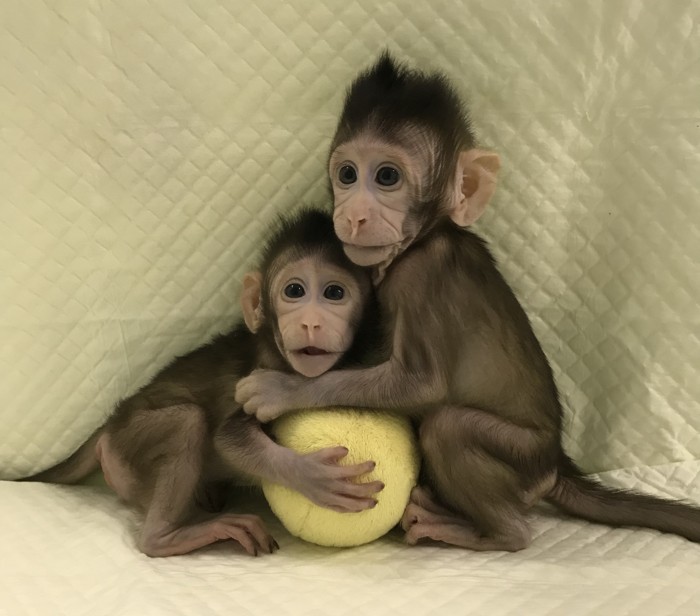 SHANGHAI—For the past decade, Mu-Ming Poo, the director of the Institute of Neuroscience in Shanghai, has been on a quest to make monkeys that can be used to study human disease. Today, researchers in his institute announced a major milestone: the births of Zhongzhong and Huahua, the first two monkey clones created using the same technique behind Dolly the sheep.

Their names together form “Zhonghua,” meaning the Chinese nation or people, a nod to their national importance. China has invested heavily in primate research in recent years—as the United States and Europe have pulled back.

After Dolly’s birth in 1996, scientists quickly figured out how to clone mice, pigs, dogs, cats, cows, and more. But primates long proved elusive. In 2003, after scientists at the University of Pittsburgh used 716 eggs and failed to create a single clone, it was suggested that primate cloning—and by extension human cloning—is impossible using this method.

In a recent interview in Poo’s office in Shanghai, he told me that human cloning is absolutely not his intention. That, he says, requires its own ethical debate. But he wants to use cloning to the …read more