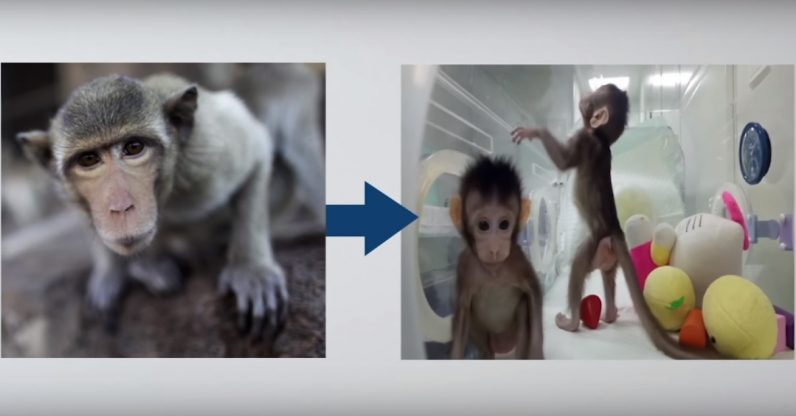 We’re just a couple “eurekas” in the 3D-printing industry away from having monkeys on-demand. A group of Chinese scientists just broke a cloning barrier by creating the first-ever copies of a non-human primate (NHP). The scientists were able to successfully clone a cynomolgus monkey using a technique similar to the controversial one that produced “Dolly” the sheep. Called a Somatic cell nuclear transfer, the process basically involves erasing the nucleus of an egg-cell and replacing it with a donor nucleus. The result was these specimens named Zhong Zhong and Hua Hua: According to the Washington Post, the researchers claim their…