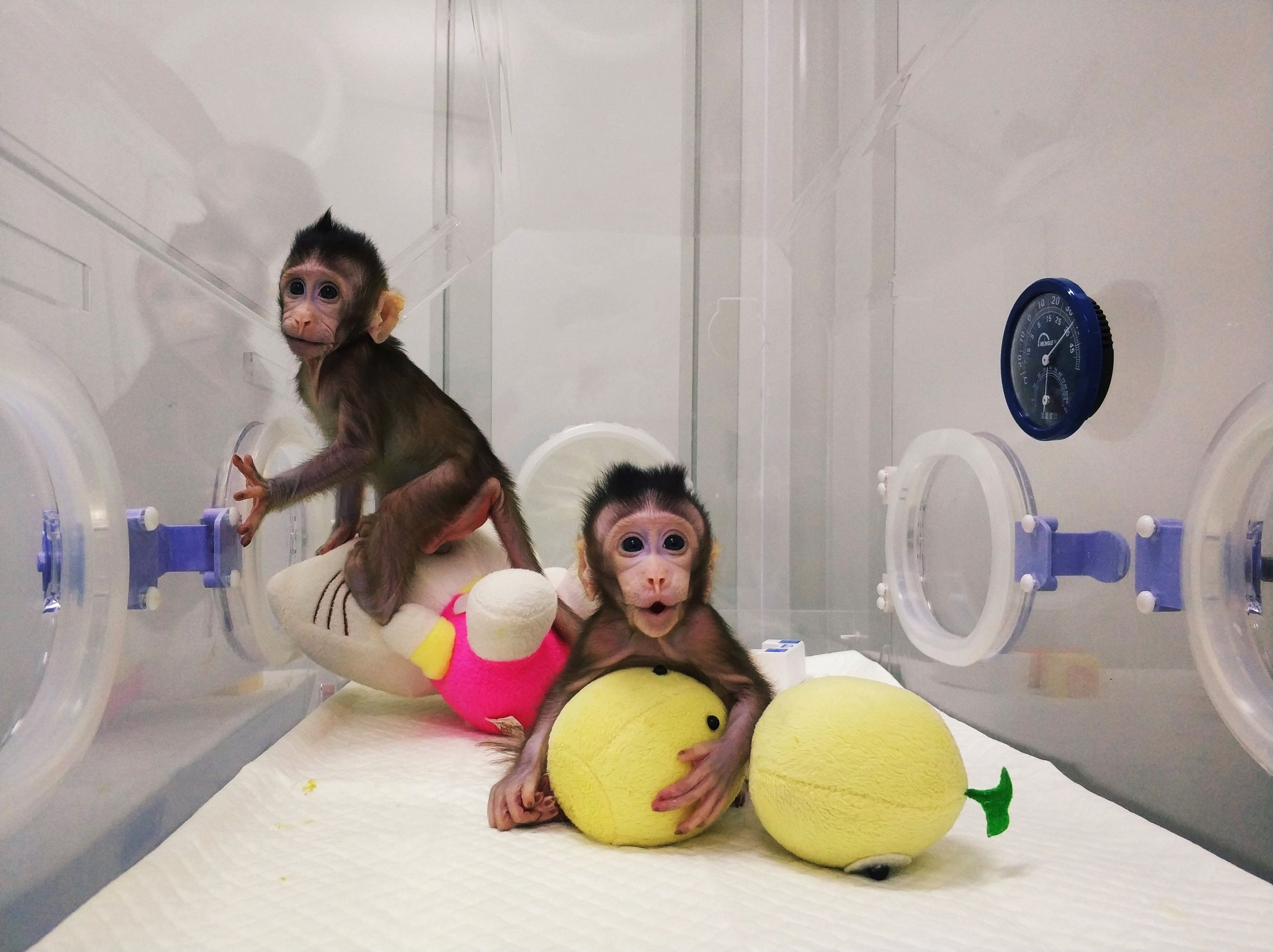 NEW YORK — For the first time, researchers have used the cloning method that produced Dolly the sheep to create two healthy monkeys, bringing science an important step closer to being able to do the same with humans.

Since Dolly’s birth in 1996, scientists have cloned nearly two dozen kinds of mammals, including dogs, cats, pigs, cows and polo ponies, and have also created human embryos with this method. But until now, they have been unable to make babies this way in primates, the category that includes monkeys, apes and people.

“The barrier of cloning primate species is now overcome,” declared Muming Poo of the Chinese Academy of Sciences in Shanghai.

He and colleagues announced their success with macaques in a paper released Wednesday by the journal Cell. The female baby monkeys, about 7 and 8 weeks old, are named Zhong Zhong and Hua Hua.
“It’s been a long road,” said one scientist who tried and failed to make monkeys and was not involved in the new research, Shoukhrat Mitalipov of Oregon Health …read more