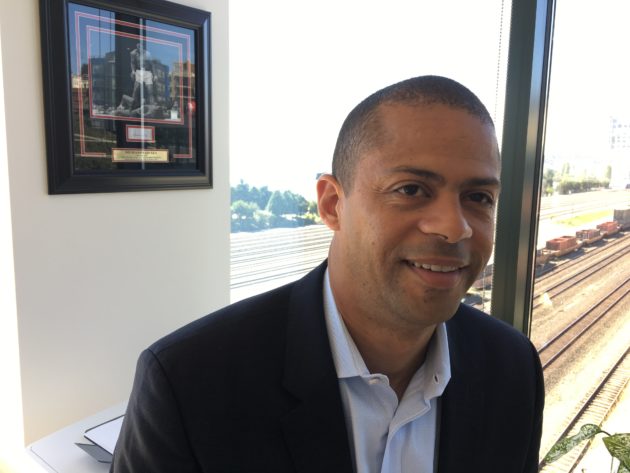 After a rough year, F5 Networks got off to a good start Wednesday, reporting earnings that beat Wall Street expectations and announcing the appointment of four new senior executives.

“This was an execution quarter for us,” said F5 CEO Francois Locoh-Donou on a conference call with analysts following the results. 2017 was a transitional year for the Seattle company, with Locoh-Donou taking the wheel in April and the continuing process of shifting from a hardware-driven company to a software-driven company.

That resulted in some disappointing quarterly earnings results and some layoffs across the company last year, but investors seemed pleased with F5’s first-quarter results, sending the company’s stock up nearly three percent in after-hours trading.

The company will also have new leaders shaping its product and strategy decisions in 2018.