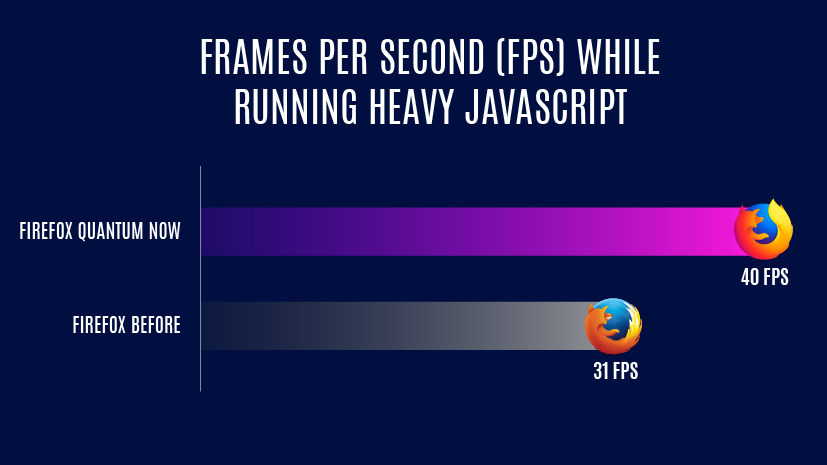 Mozilla has released a new version of Firefox that delivers faster, smoother web graphics. It’s the latest step in Mozilla’s Firefox Quantum program, which began in November with the aim of making Firefox the speediest browser around.

The new graphics engine uses a dedicated GPU thread to reduce the choppiness that happens when loading images and text on some web pages.

In tests with a simulated Javascript-heavy page, Mozilla’s engineers saw a speed boost of almost 30%.

Displaying a web page on your monitor involves the following steps:

Collecting all the visible elements on the page (known as display items)Grouping items into layers based on the way they are scrolled or animatedAsking each display item to render itself in its layer (rasterization)Compositing the layers into one image, which is sent to the monitor

The compositing step already happens off the main GPU thread, but the other steps don’t. Rasterization can take a lot of processor time, especially with high-resolution monitors, which increases the time taken to display the page.

The new technology, known as Off-Main-Thread painting, simply moves the rasterization step into its own thread (called the Painting thread).