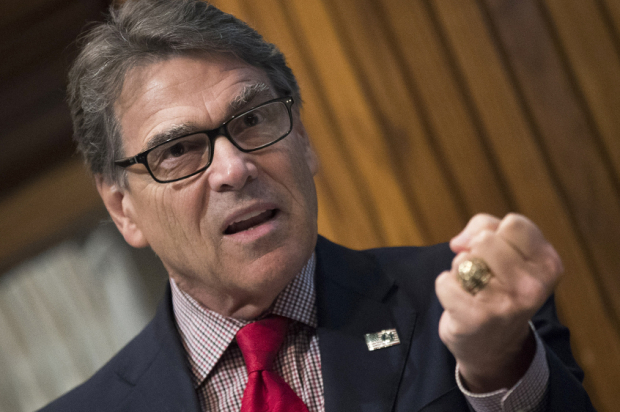 In an interview on Fox Business’s “Mornings with Maria” from the World Economic Forum in Davos, Energy Secretary Rick Perry touted the idea that the Trump administration’s energy agenda is spreading “freedom” around the world.

“The United States is not just exporting energy, we’re exporting freedom,” Perry said in the interview, referring to exports of fossil fuels like oil and coal. “We’re exporting to our allies in Europe the opportunity to truly have a choice of where do you buy your energy from. That’s freedom. And that kind of freedom is priceless.”

If exporting energy means exporting “freedom” to Perry, one wonders why oil-rich authoritarian states like Saudi Arabia and Qatar aren’t bastions of freedom.

Perry went on to say to our allies that America’s energy exports come with a “no-strings attached” relationship.

“The United States isn’t about controlling a country with this energy. It’s about literally freeing up our allies around the world, letting them know that we’re going to be there for them. There’s no strings attached when you buy American [liquid natural gas]. So that’s world-changing.”

In what seemed like a barb aimed at OPEC, Perry also invited worldwide competition — but requested fair subsidies.