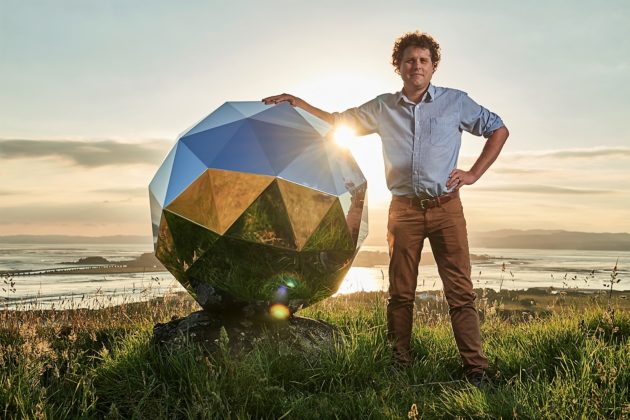 In addition to launching three Earth-watching satellites, Rocket Lab has sent up a satellite you can watch from Earth: a bright and shiny object christened Humanity Star.

Rocket Lab says Humanity Star, a geodesic sphere made of carbon fiber with 65 reflective panels, could well rank as the brightest satellite in the night sky.

“No matter where you are in the world, or what is happening in your life, everyone will be able to see the Humanity Star in the night sky,” Rocket Lab founder and CEO Peter Beck said today in a news release. “My hope is that all those looking up at it will look past it to the vast expanse of the universe and think a little differently about their lives, actions and what is important for humanity.”

The satellite was launched on Saturday from Rocket Lab’s launch complex on New Zealand’s Mahia Peninsula, atop a low-cost Electron rocket.

The Electron also put two Spire Lemur-2 satellites into orbit to monitor weather and shipping traffic, plus a Planet Dove satellite for Earth imaging. The fact that Humanity Star was included as …read more