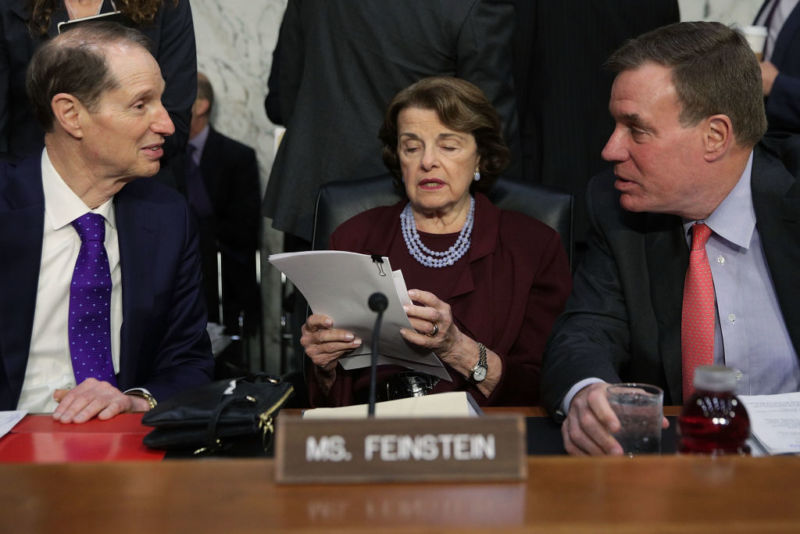 Enlarge / Sen. Dianne Feinstein (D-CA), center, at a November hearing on Russia’s use of social media in the 2016 election. Feinstein and California congressman Adam Schiff have called on Facebook and Twitter to account for Russian troll’s use of the #ReleaseTheMemo hashtag to influence opinion on the Mueller investigation into the Trump presidential campaign. (credit: Alex Wong / Getty Images)

Senator Dianne Feinstein and Congressman Adam Schiff, the ranking Democratic Party members of the Senate Judiciary Committee and House Permanent Select Committee on Intelligence, sent a joint letter to the executives of Facebook and Twitter yesterday urging them to further delve into ongoing Russian influence campaigns on their platforms around the “ReleaseTheMemo” hashtag. The hashtag references a memo written by House Intelligence Committee chairman Devin Nunes detailing alleged abuses of the Foreign Intelligence Surveillance Act by the FBI. WikiLeaks’ Julian Assange offered on Twitter to pay anyone who leaked the memo to him.

According to a social media tracking project by the German Marshall Fund’s Alliance for Securing Democracy, a significant part of the support on social media for declassification of Nunes’ memo has come from accounts controlled by Russia-backed “troll” accounts—some …read more