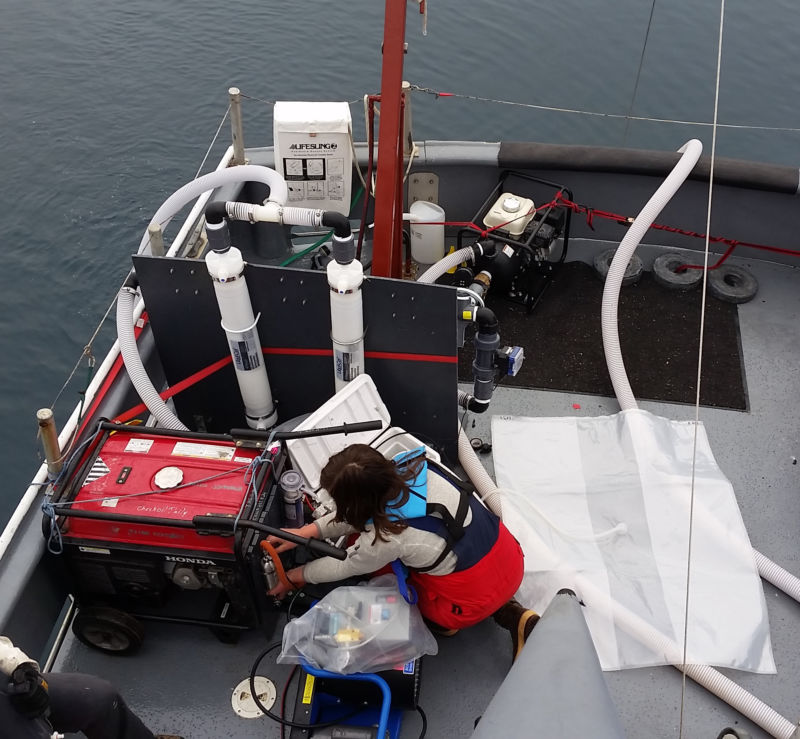 The Earth responds to climate change in interesting ways, sometimes producing what we call “feedbacks,” which can either amplify global warming or dampen it. Some of the feedbacks that can amplify warming have behavior that is hard to predict in the near future and leaves scenarios that are potentially worse than expected hanging over our heads. One of those is the release of greenhouse gas from thawing permafrost—and regions of shallow seafloor that were frozen land thousands of years ago when sea level was much lower.

The most dangerous-sounding issue involves methane hydrate, an ice-like substance full of methane that is present in some ocean sediments. Its sudden release is a suspect in some major extinction events. But how much we should worry about destabilizing methane hydrates or thawing permafrost is not perfectly clear.

A group of researchers led by Kathryn Sparrow headed to the Beaufort Sea in the Canadian Arctic to bring an improved measurement technique to bear on an important question: how much of the methane in the sea floor is ending up in our atmosphere?