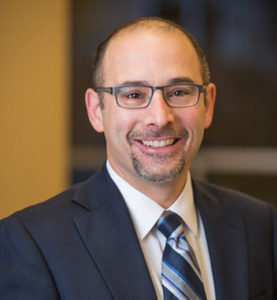 Amazon is continuing to bolster its health care game. The company recently hired Dr. Martin Levine, a longtime Seattle doctor and leader of Iora Health‘s Seattle area operations, according to a report by CNBC.

The move is another pointer towards the company’s health ambitions. Amazon has hired several high-profile health leaders in the past months and has shown signs of considering everything from distributing prescription drugs online to a health service from its Alexa voice assistant.

Levine has served as the Seattle market medical director for Iora for the past three years, according to his LinkedIn profile. He specializes in care for older patients and those with chronic conditions.

Iora offers primary care for Medicare patients. It’s among a new generation of primary care companies that are aiming to change how the process works, leveraging technology and new payer systems that focus on value instead of traditional per-service fees.

CNBC reports that Amazon met with several companies working on creative primary care models a year ago, including Iora, Kaiser Permanente, and Qliance, a Seattle startup backed by Amazon Founder and CEO Jeff Bezos which shut down suddenly in May.