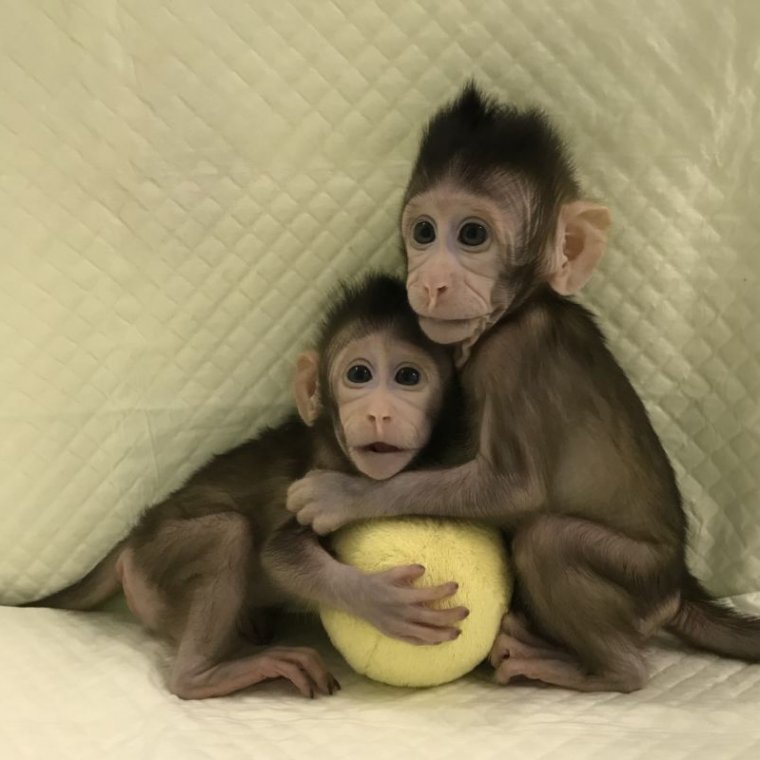 The twin long-tailed macaque monkeys are the first primates cloned using the same method that created the world’s most famous sheep in 1996—a method called somatic cell nuclear transfer, or SCNT. The twins’ genetic blueprints were swiped from fetal cells of another monkey. Researchers then popped the DNA into egg cells that they had also cleared of their DNA-containing nuclei. With a dash of compounds that spur embryo development, the reprogrammed cells developed into healthy baby monkeys in surrogate mother monkeys. The two were born about seven weeks ago in China and are developing normally so far, researchers reported Wednesday in the journal Cell.

Though the overall SCNT method is the same as what was used for Dolly, researchers struggled for years to tweak it to work in primates. The procedure is delicate and required a lot of optimization—not to mention DNA-swaps.