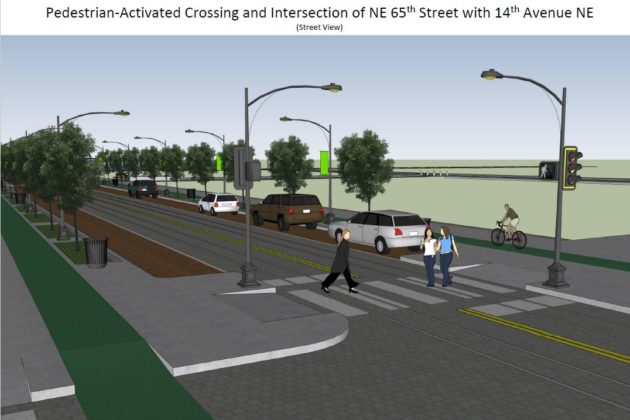 Joe Mangan, a 17-year-old high school student, redesigned the streets near his school to improve safety and support alternative modes of travel. This is part of the proposal that he submitted to the city of Seattle. (Joe Mangan illustration)

How many of us have traveled along a poorly designed street and thought, “I could come up with a better solution.” Joe Mangan felt the same way about the roadways and sidewalks near his Seattle high school — but the 17-year-old junior actually went out and did it.

Motivated by environmental concerns, worries about student safety and having seen well-designed, multi-use roads in European cities, Mangan has a passion for urban design. And he has some serious drafting skills. Mangan has been using SketchUp 3D modeling software since he was introduced to the program on school computers in second grade.

The result is a 12-page proposal that Mangan recently submitted to the Seattle Department of Transportation for the redesign of roads, sidewalks and intersections near Roosevelt High School in northeast Seattle.

His pitch has impressed community members, including Tom Fucoloro, founder and editor of Seattle Bike Blog, who proclaimed his proposal superior to the experts’ …read more