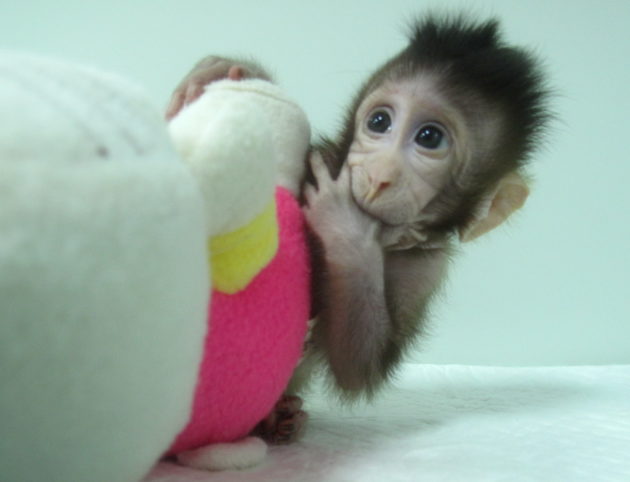 Researchers at the Chinese Academy of Sciences Institute of Neuroscience in Shanghai have produced identical primate clones using the same procedure that brought Dolly the sheep into the world more than two decades earlier.

The procedure, known as somatic cell nuclear transfer, involves removing the nucleus of an egg cell and replacing it with nuclear material from a body cell.

Chinese researchers described the experiment in a research paper published today by the journal Cell.

Two genetically identical long-tailed macaque monkeys, named Zhong Zhong and Hua Hua, were produced from fibroblast cells taken from a monkey fetus. (The names come from the Chinese adjective “Zhonghua,” which applies to the Chinese people or nation.)

The world’s first primate clone was a rhesus monkey produced in 1999 using a simpler method known as embryo splitting, which parallels the natural process that results in identical twins. The Chinese experiment was the first to use a more powerful method called somatic cell nuclear transfer, or SCNT.

SCNT could open the way for creating thousands of genetically identical monkeys, and for conducting new types of genetic experiments.

“You can produce cloned monkeys with …read more