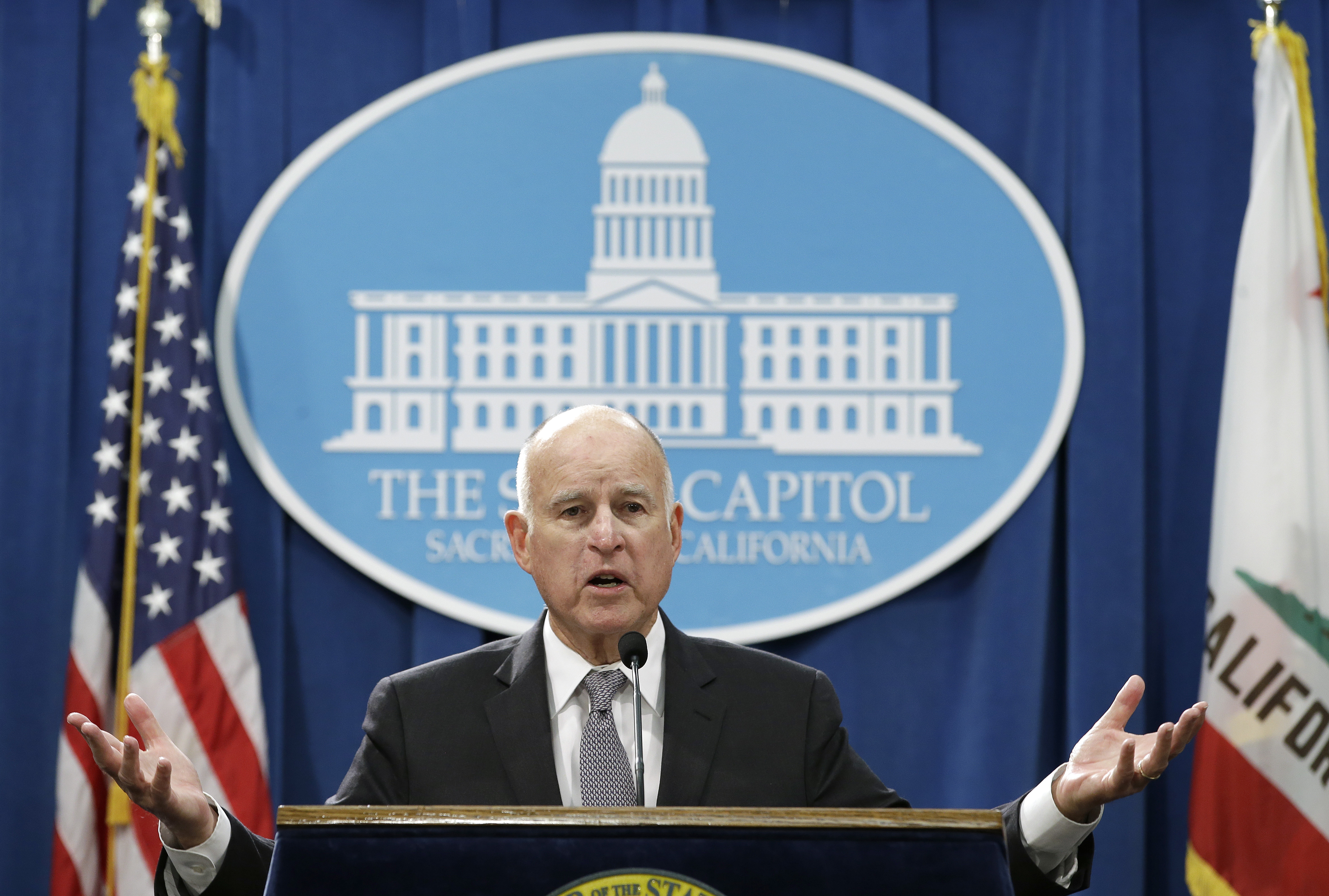 SACRAMENTO — Gov. Jerry Brown warned of the dangers of climate change and extreme weather and heralded California’s economic turnaround in his final State of the State address on Thursday, previewing his 16th and last year as governor.

For a politician who hates the L-word — “legacy” — Brown spent much of his 30-minute speech defending the key policies that will likely form his, including the state’s embattled high-speed rail project, his water tunnels plan and criminal justice reforms.

“California is setting the pace for the entire nation,” Brown said. “Yes, there are critics, there are lawsuits — lots of them — and there are countless obstacles. But California was built on dreams and perseverance and the bolder path is still our way forward.”

The speech came off at times as a muted victory lap for Brown, a fixture on California’s political scene for almost half a century. California was in economic freefall leading up to his 2011 inauguration, with a $27 billion budget deficit. Brown’s final budget, which he released earlier this month, features a $6.1 billion surplus. The state’s unemployment rate is at 4.3 percent, a record low and a steep drop from the 12 percent Brown inherited in January …read more