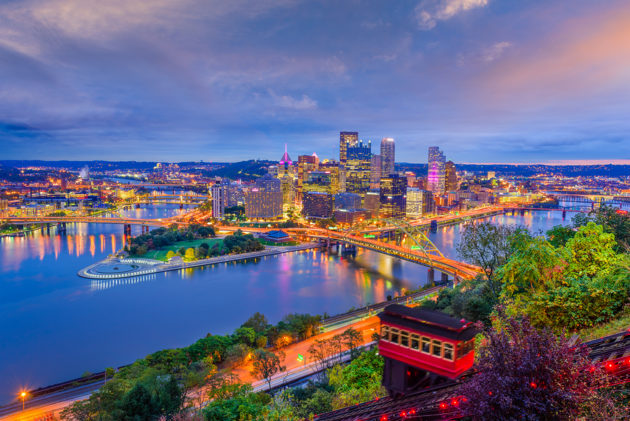 Decades before the NBA and Shark Tank, years before making his fortune in tech, Mark Cuban was a kid growing up in Pittsburgh, selling garbage bags to scrounge together enough money for basketball shoes in the working-class industrial city.

Cuban has made it big — and so, too, has his hometown, which is almost unrecognizable to the billionaire entrepreneur.

“It’s a different world. UPMC, CMU, and University of Pittsburgh changed everything,” Cuban tells GeekWire, referring to Pittsburgh’s marquee institutions like a native. “It went from Rust Belt to AI and Med Belt. I’m so proud of what has happened. Now it’s a young vibrant city that has an amazing workforce.”

A renaissance is occurring in the Steel City.

Once an American manufacturing epicenter that nearly imploded in the 1980s as the mighty steel mills closed, Pittsburgh is poised to become a global tech hub in one of the country’s most livable metropolitan areas. The big challenges now: continuing to rebound without pushing out longtime Pittsburgh residents, attracting more investment capital to fuel the region’s big startup ideas, and replenishing a city that continues to see population declines.