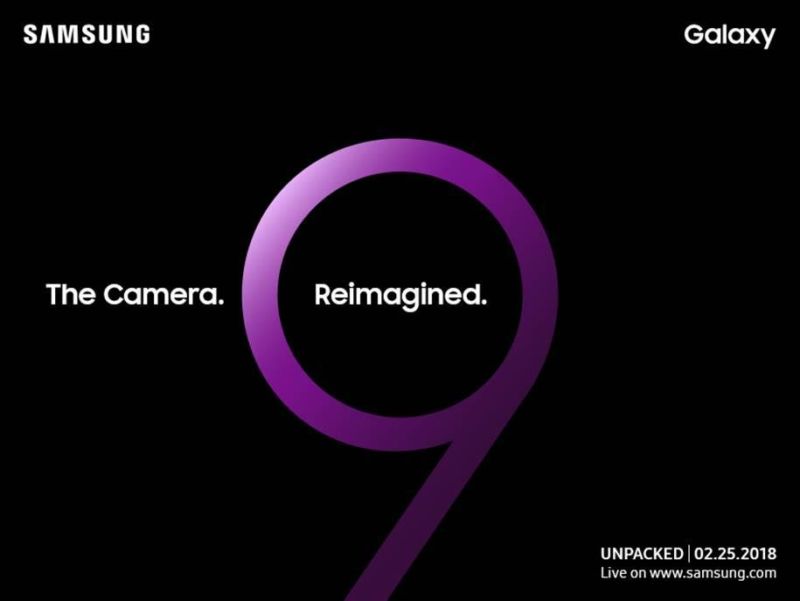 Samsung just sent out invites for the announcement of its next flagship smartphone. The Galaxy S9 will debut February 25 at Mobile World Congress. The show starts at 6pm CET (Noon ET, 9am PT).

The one piece of information the teaser gives us is that the camera is “reimagined.” This is most likely a reference to the variable aperture camera that Samsung is already shipping on the W2018 flip phone. Just like a real camera, this has a set of (very small) aperture blades that open and close with the changing light levels. In ideal lighting, the W2018 uses an f/2.4 aperture, but it can switch to f/1.5 if it needs to pull in more light. If you haven’t seen it in action, this gif of the W2018 camera is a must see.

Other than the fancy camera, the Galaxy S9 is expected to look a lot like the Galaxy S8. The Galaxy S8 was a total overhaul last year, and Samsung rarely (never?) does back-to-back redesigns. The camera information—which now looks pretty legit—came from a Reddit box leak. The other new feature on the box? Stereo speakers. The earpiece …read more