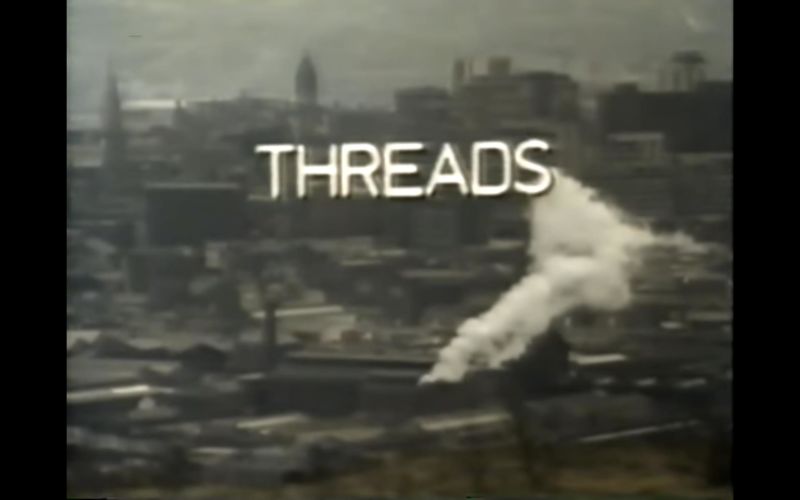 If life feels a little too joyful, if you’re looking to spend a couple of hours drenched in unrelenting misery, and if you want a film experience that will haunt you for literally years to come, I have some great news. The 1984 BBC telemovie Threads is receiving a new Blu-ray release, remastered in HD by Severin Films.

Threads is grim viewing. Set in Sheffield in the UK, it tells the story of Ruth in the month leading up to, and 13 years following, all-out nuclear war between NATO and the USSR. It lacks the cheery, upbeat tone of its closest US counterpart, 1983’s The Day After, favoring instead bleak realism. As the threads of society break down, the poor unfortunates who survived the initial barrage don’t so much live as merely exist in the post-apocalyptic ruins.

I was thankfully too young to watch Threads when it originally aired during the Cold War. Instead, I saw it at school in the late 1990s. The fall of the Soviet Union made the threat of nuclear annihilation much less present—at the time it seemed almost absurd …read more