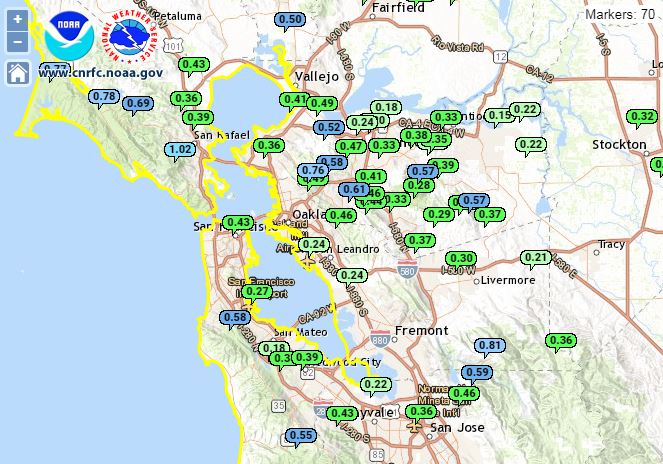 A storm system continues to move through the Bay Area and Northern California on Thursday morning, likely bringing the last round of January rain to the region.

Scattered showers are expected Thursday morning and will become more numerous by the afternoon with a slight chance of thunderstorms for the North Bay, according to the National Weather Service. Colder temperatures are also expected, with daytime highs remaining in the 50s, according to the weather service.

“We’re looking at pretty much a dreary, wet” Thursday, said Drew Peterson, a meteorologist with the weather service. “It’s not going to be heavy rain we got yesterday, but off and on showers.”

Peterson added rainfall totals Thursday could range from two-tenths to four-tenths of an inch.