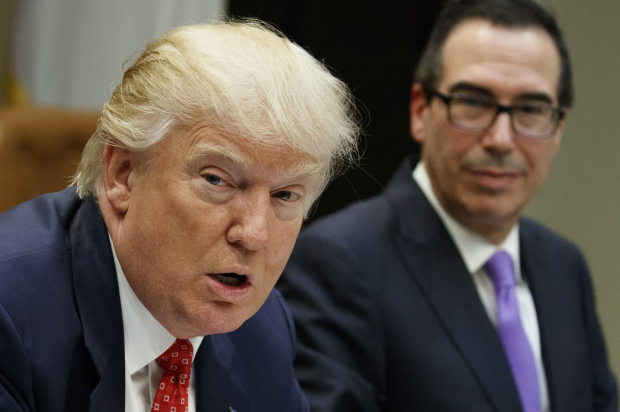 President Donald Trump’s simultaneous support for more restrictive trade policies and a weaker dollar has some concerned that America could spark an international trade war.

While speaking with reporters at the World Economic Forum in Davos, Treasury Secretary Steven Mnuchin seemed to reverse a quarter century of American economic policy that touted the importance and strength of the American dollar.

“Obviously, a weaker dollar is good for us as it relates to trade and opportunities,” Mnuchin told reporters, according to Politico. The Treasury Secretary made it clear that the dollar’s decline by roughly 10 percent since last year when compared to several other currencies was “not a concern of ours at all.”

Trump has also spent his presidency bucking decades of free trade policy, which have been supported by every president since the last outright protectionist, Herbert Hoover. Early in his presidency Trump withdrew the United States from the Trans-Pacific Partnership, a trade deal involving 11 countries, and has employed rhetorical broadsides against conventional trade policy as far back as his 2016 presidential campaign. Trump furthered his anti-free trade philosophy by supporting tariff increases on imported solar-energy components and large washing machines, stoking further concerns that he could …read more