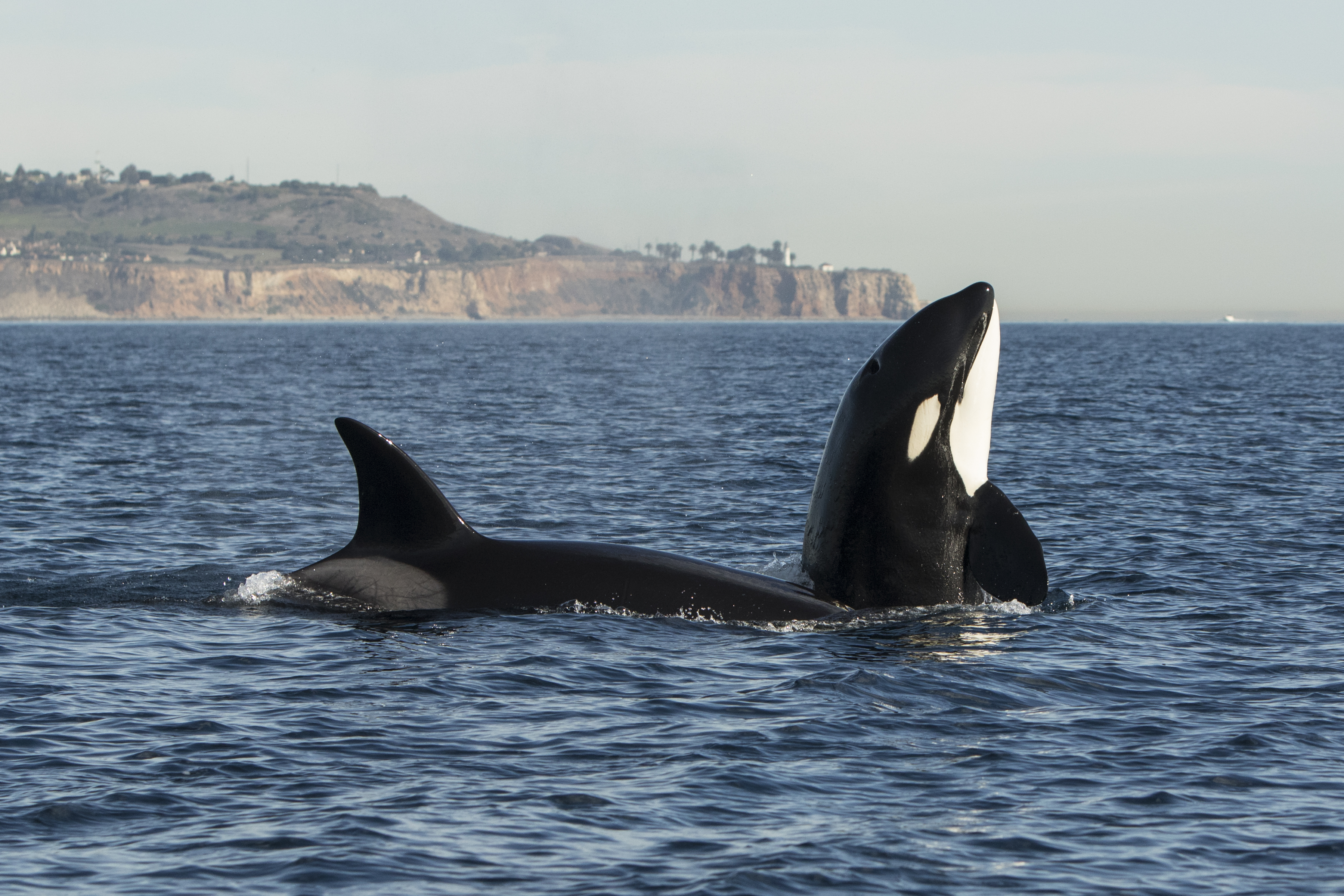 Whale watchers off the Southern California coast got an up-close look at why orcas have earned the nickname “killer whales.”

A rare encounter off the South Bay on Wednesday, Jan. 24, allowed a group aboard Newport Coastal Adventure to witness a National Geographic-worthy moment as a pod of orcas hunted down and mauled a sea lion.

“It’s really heart-warming, in an ecological sense. I don’t get emotional about ‘poor sea lion.’ I wouldn’t want to be the sea lion, that’s for sure. But that’s the way it is, and it’s important sustenance for this pod of orcas,” said Newport Coastal Adventure founder Ryan Lawler.

“It was like being in Yellowstone and seeing a pack of wolves track down an elk. As they say, orcas are the wolves of the sea.”

The orcas also chased a pod of dolphins down the coast, and tried to attack another sea lion that managed to escape by hiding in a kelp forest.

It was a first for Lawler, a longtime fisherman and boat captain who has spent countless hours at sea, to see …read more