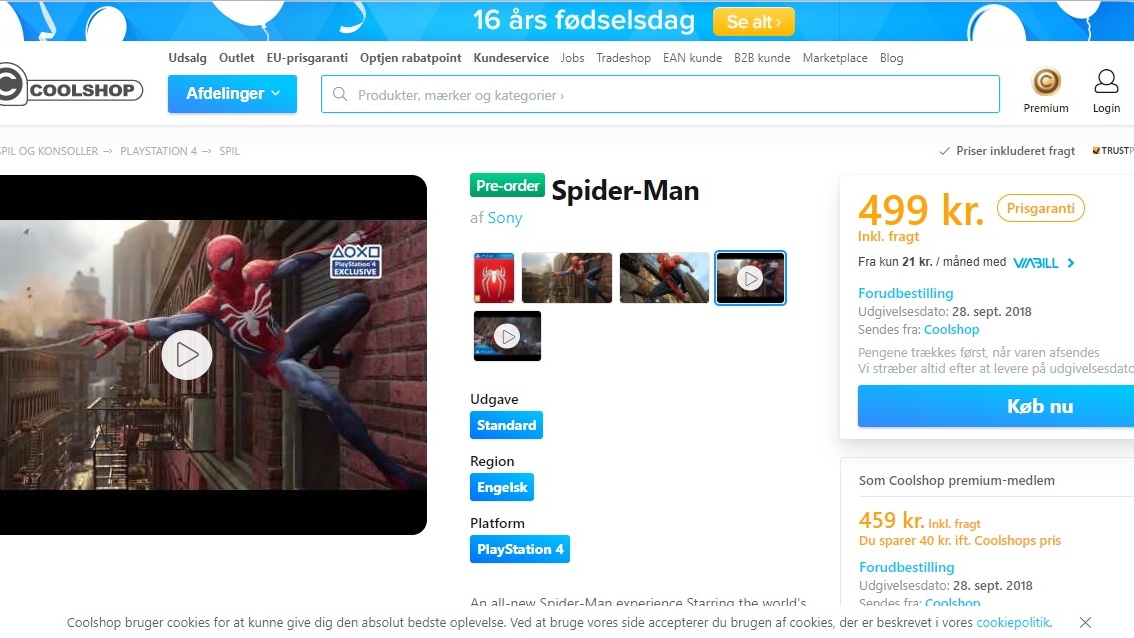 Update: At the moment the only official release date we have for Spider-Man on PS4 is a very wide window of 2018. However, at time of writing an online retailer called Coolshop games has listed Spider-Man as having a launch date of September 28 2018. This date hasn’t been confirmed by Insomniac Games or Sony, but Coolshop has previously accurately leaked the release date of Grand Theft Auto 5 on PS4 and Xbox One.

As possible release dates go, this one doesn’t seem too outlandish at all. The late September period for 2018 isn’t massively busy when it comes to releases just yet and this would give Sony one last chance to push the title at E3 2018 before it swings into action.

We’ve contacted Sony for a comment on the leaked information and will update with any response.

Read on to see all the latest news from the game.

Games based on superheros have a pretty patchy history. Before Rocksteady blew us all away with the Batman Arkham games, superhero titles usually felt like cheap experiences rushed out to cash in on fan excitement surrounding an accompanying movie.

The exception was …read more