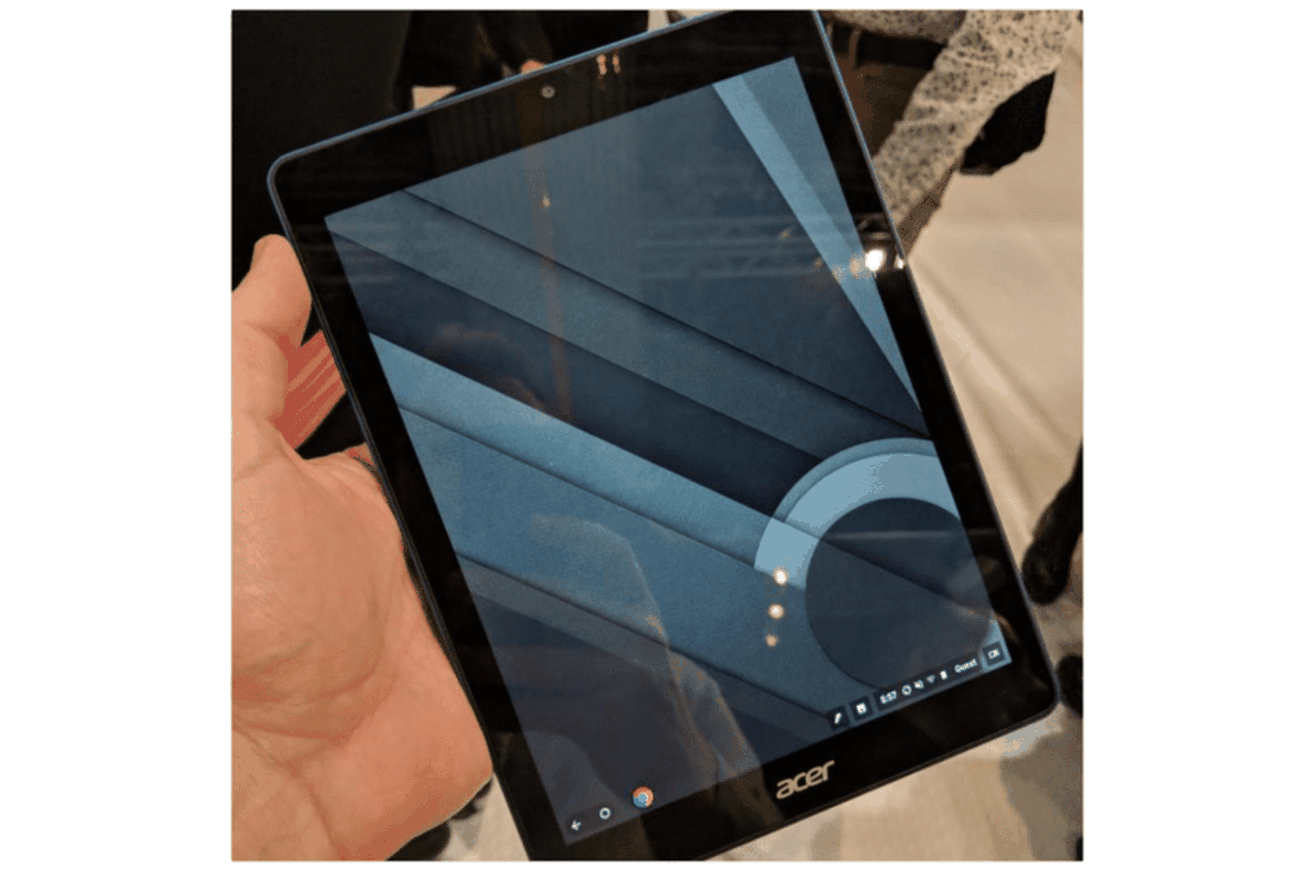 A photo emerged in a now-deleted tweet of what appears to be an Acer tablet running Chrome OS. The photo was snapped by an attendee at the Bett education and technology show in London and was spotted by ChromeUnboxed. The photo shows what would be the first ever Chrome OS tablet. There’s a visible Acer logo on the bottom bezel.

There aren’t any specific details, but ChromeUnboxed notes that the tablet likely has a display of between eight inches and 10 inches and also has a Staedtler stylus.

Google’s Chrome OS has long been the…